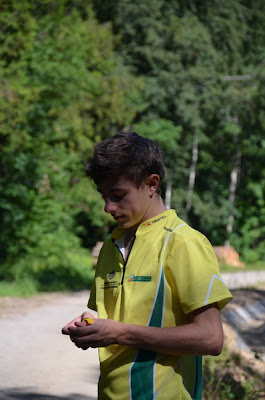 Today was spent honing the team's long distance skills. The morning saw the team filing in for an interesting breakfast spread before piling into the bus to travel to a nearby 1:15000 map. A quick relay-style sprint got the team puffing before they headed off to challenge each other on a few long route-choice legs. 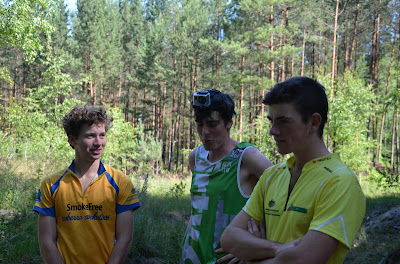 The girls and boys paired up and agreed to take different route choices on 1 to 2 km legs. The excersise was enlightening in that the athletes found their route choices to take similar times regardless of which option they chose, as long as each had planned their leg in advance and had stuck to their plan. Ian and Lachy added interest by wearing Ian's new headcam, and managed to catch on film a spectacular stack by Oscar, who disappeared downhill in a cloud of leaves, dust and flailing limbs. 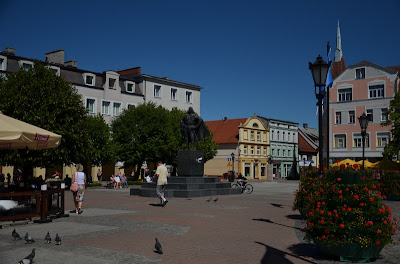 Returning to the hotel found the athletes stocking up on an unusual lunch (uncooked pastry with pork filling) and relaxing before Valerie dragged everyone out to see the sights of Wejherowo and visit the uneventful event centre. 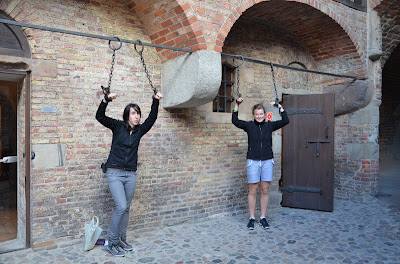 Finally found a way to control Aislinn and Belinda
Posted by Aislinn
Posted by Roch Prendergast at 4:58 AM

David and toni keen for all the news - keep it coming thanks!