The long day was looked forward to by some with excitement and anticpation, while others were slightly apprehensive of the extra time in the forest and the physical challenge that the long presents.

The results were mixed; the boys were somewhat happy with their navigation, but were frustrated with their lack of speed. They found the hills physically more difficult than anticipated, and the green was suprisingly more prevalent than in some of the training maps. Lachlan took the best result of the day with a 50th place. Overall, the boys were happy with the improvement in their consistency of navigation and are looking forward to the middle distance tomorrow.

The girls saw a few dramas and a few tears. Belinda was extremely unhappy with a couple of errors but proved with the rest of her course that she is running and navigating well and could be much higher in the results. Krystal is struggling with a recurring leg injury but pushed through the course well, determined to make her last JWOC a good one. Clare hit misfortune with a stick in the eye near the beginning and did well to finish with limited vision, spending the next two days pirate-style. Georgia navigated well but admitted that she was limited by her fitness and short preparation; however she did improve significantly on her previous long result. Jacqui worked hard but had one significant error in her course and found the hills very challenging. 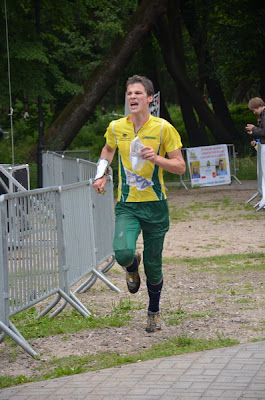 And now for Lilian! Matter of habit meant that Lilian entered the start with her Australian SI instead of that allocated to her by the organizers. Had the bus with her bag not left just a minute before, all would have been fine, but by the time the bus returned her start time was lapsed and she was forced back to a start time 20 minutes after the last starter. This meant a longer wait and also a potential cumulative time of over 4 hours. Not only that, but by the time she started, they had begun to remove controls from the forest, meaning that she was DNFed. However, Lilian coped with all this with a calm control and cheerfulness that impressed us all. 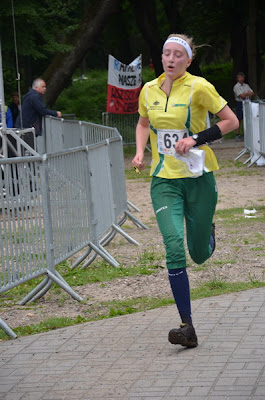 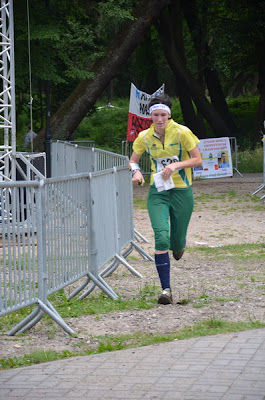 REST DAY
The organisers offered two organised rest day activities, and the Australians chose to head out to the Baltic sea, for a bit of sightseeing and perhaps relaxation on the beach. The highlight of this trip was the attitude of the Polish Surf Life Saving force. After some brave Aussie and New Zealand girls had braved the not-so-warm Baltic waters of the northern Polish town of Wladyslawowo, they were told by a lifeguard to get out of the water. A long dispute between the organiser of our excursion and the lifeguard ensued, revealing that as they were an "organised group" the girls were required to do a warm up, be counted into the water, leave the water periodically to be re-counted, and to stay in the shallow waters before some yellow buoys. The ridiculousness of this had us all in fits of laughter, and after a short swim hardly justifying the long argument, the Aussie girls left to see the town. 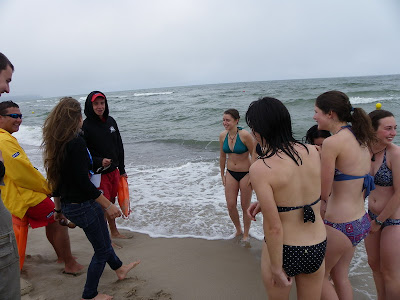 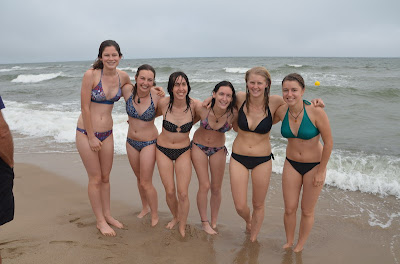 Wladislawowo turned out to be a seaside resort town, but not really in the Australian sense. The town was a mass of small market stalls, beer tents, clothing outlets and small carnival rides. The crowd on the beach grew to thousands throughout the day (with none being caught actually swimming!) and the girls had waffles and browsed the stalls before getting some interesting henna tattoos and returning to the bus.

One interesting item in the town was a minature display of the stadiums which will be used for the Euro 2012 soccer competition in Poland. The display was a series of foam, balsa wood, metal and cloth models of the stadiums, some about two meters across and the middle one being impressive at about 4 metres across and 1.5 high. 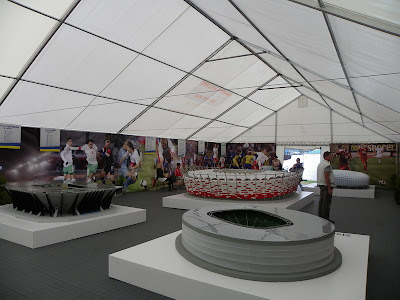 It was a reasonably short outing but enjoyed by all who went. It helped to relax the athletes before they begin to prepare for the middle distance qualification tomorrow. 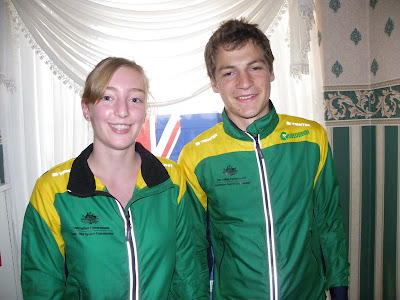 By Aislinn
Posted by Roch Prendergast at 5:50 AM

Thank you so much for the great up dates and the profiles. It is wonderful to hear all the news from you.
Fantastic results for the boys - well done!! And I am sure our girls will all have fabulous results today too.
You are all doing us proud.
Warmest regards
Paula Doyle
PS Go Jacqui! Go hard darling - I am very proud of you! Mum