The Next Few Days

Wednesday began with that dreaded part of the camp that is never loooked forward to by the Squad. The 3Km time trial. 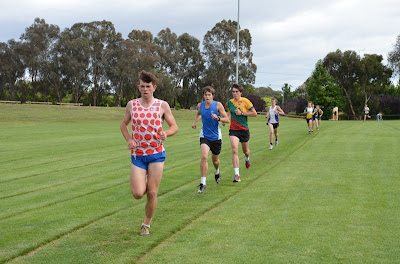 On a rough grassy oval in Dixon, with an uphill, into the wind back straight it proved difficult to produce good times. Max Neuman was our standout performer posting a time of 9:58. 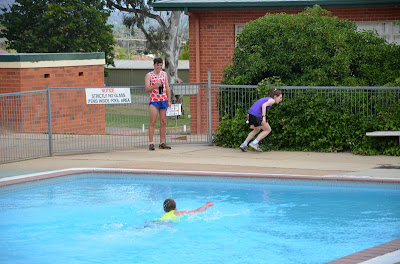 The rest of Wed. was spent concentrating on sprint technique. Josh set some great courses on a simple map of the camp. He ran a knockout style competition that culminated in a final for the best 4 qualifiers. Controversy was the order of the day for the final with a control on the inside of an uncrossable fence. Competitors either reached over the fence to touch the flag or opened a gate that was maped as uncrossable and ran to the control. As a result all bar about 5 of the squad were disqualified. Brody was crowned the winner even though he swam across the pool to get to the flag. The winner of the girls was less clear and is still pending an appeal.

Wed. evening was then off to ANU to run the ACT twilight sprint event. 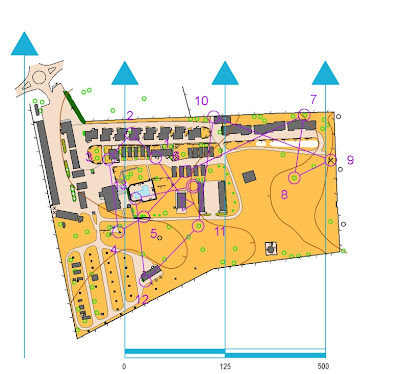 Thursday was spent AM at Kowen Forest with a map memory, simplification exercise in pairs followed by a 3 loop course where each person started on a separate course and passed through a common control before finishing. 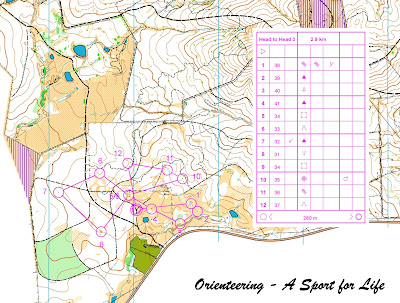 It was then off to the pool for another of those dreaded group sessions. The swim sets. This was then followed by a BBQ at the pool. It seems that a lot was learnt from the day.

Posted by Roch Prendergast at 10:11 PM