The past week has been a hectic one for all Australian JWOC representatives. Whilst the majority of the team have been balancing final trainings and mid year exams, a few have participated in the Jukola relay in Finland and begun a week of training in Czech prior to the arrival of the rest of the Aussie team.

Jukola, the worlds largest Orienteering Relay with 16000 participants, took place on the 15-16 June in Jamsa Finland. There were three teams that included members of the JWOC team. Mary Fleming was 3rd leg runner in a Swedish mixed team for the Velna relay on Saturday afternoon. However Mary also competed in the Jukola relay for the Bushrangers Team (Australian Jukola Team). Mary was 5th leg runner for this team. Ian Lawford was also racing for Bushrangers as the first leg runner and brought the team from 1600th up to 150th. The final result of Bushrangers was 229th. Olle Poland was running first leg for OK Nolaskogsana which finished the relay with an overall result of 132nd.

After Jukola Mary, Ian and Olle made their way from Finland (16C/rainy) to Czech (34C/sunny). They met up with Heather Muir and were also joined by Nick Hann (NZ) and Jula McMillan (NZ) to begin a week of high intensity training and test races. Despite the heat the trainings have still been great experiences.

With this heat wave set to pass in a couple of days, the trend of the sessions so far has been; sweat, vegitation, rocks, and of course hills. Trying to keep healthy and fit, water intake is at an all time high of about 9 liters a day. 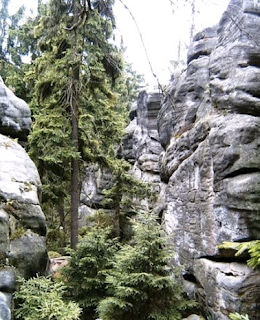 Sandstone terrain - what a treat!

This morning was our first session of real training in the terrain and we headed out of the Chvalecsky Les map for a middle distance. The main things we have taken away from the session involves the vegitation and the rock. The vegetation is variable. Of course it is quite different to what we would expect in Australia, and sometimes is the opposite. Being classic continental euro, the pale yellow is a bit of a battle and not the fast running that sometimes you would expect.
Along with learning about the vegetation, we realized it is a lot more efficient to simplify the rock into clumps, rather than lines. There seems to be not much order to the rock so large boulders or clumps will be a big navigational aid.

Here is a link to Nick Hann's GoPro footage from our middle distance training: http://youtu.be/F8mL6mLZQw8


With another session in the afternoon on the funky Ostas map, we learned a bit more about the desired technique. We should expect many classic diagonal hillside legs, which are known to be one of the biggest race-breakers! The first section of map for the session was not so relevant for the middle distance race, but gave us a navigational challenge anyway.. Running around the labyrinth-like rock formation was nothing like what we had experienced before, and we made sure to take a lot of pictures!