At the beginning of June I packed my bags and flew across the ditch to Wellington, New Zealand to compete in their Queens Birthday weekend races. Obviously competing in some high quality races was a bigger priority than studying for my upcoming exams...

The first day was a sprint at Massey University in Palmerston North. I had a decent run (16:30) but made four 10 seconds errors that put me into 3rd place behind Tim Robertson (16:10) and Shamus Morrison (16:20), both members of the New Zealand JWOC team. For more details on the race, see the race report by Nick Hann on the New Zealand JWOC blog (http://nzjwoc2014.weebly.com/blog). After the race we headed back to our accommodation in Foxton, just down the road from where I stayed in 2012 and the infamous "Croc Bike" (which Steph informs me must have been stolen from the wellington waterfront...). I was staying with Nick's family in a large beach house with about 20 people from their Wellington club, meaning I didn't have to cook!! 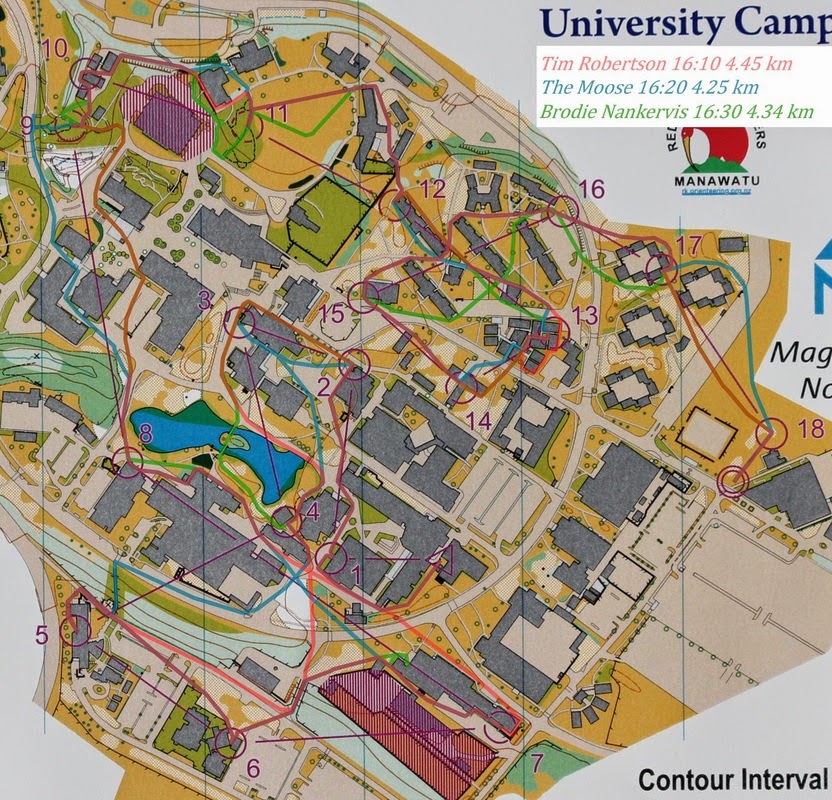 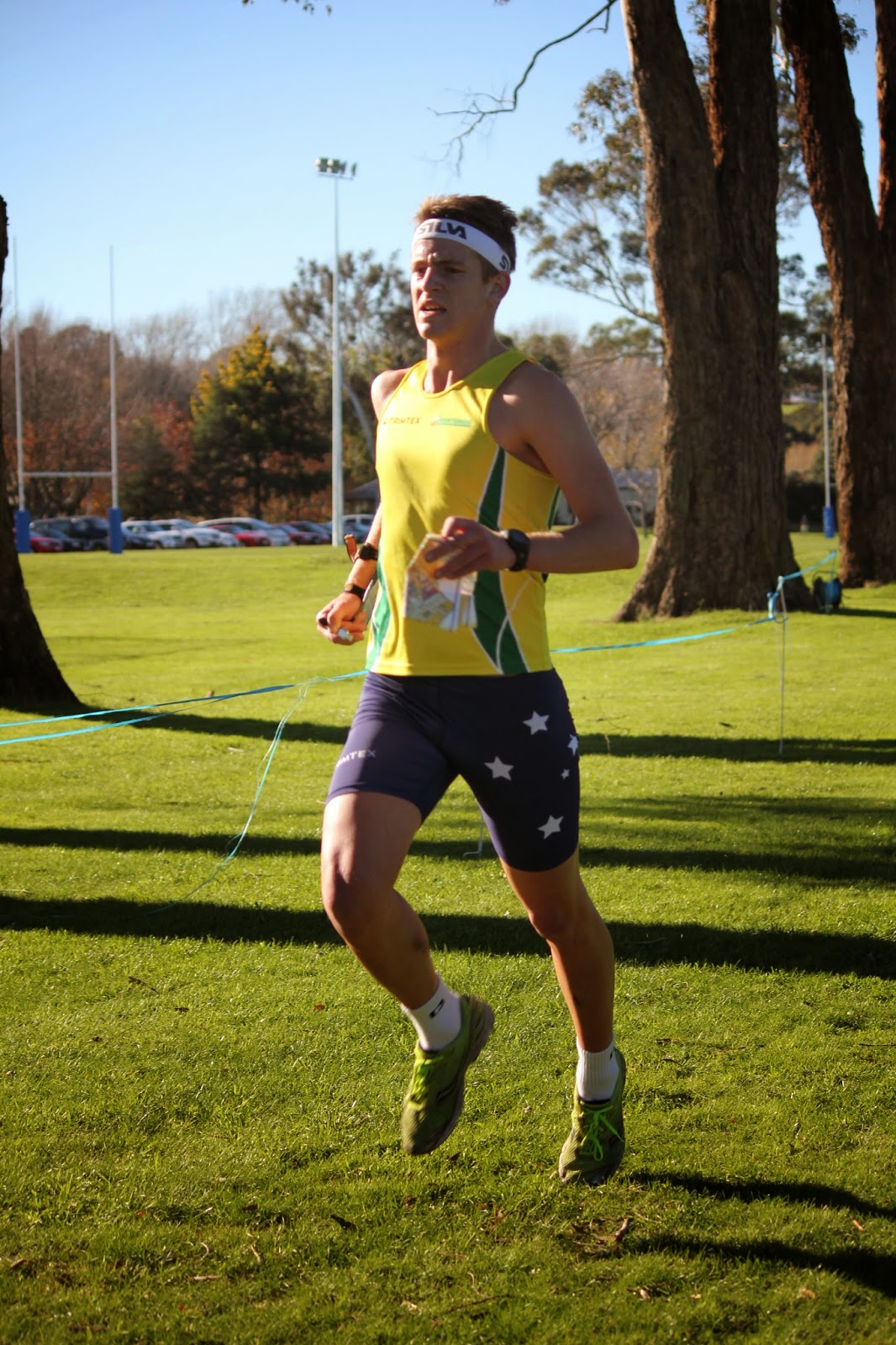 The second day was a long distance at Fusilier, the map that we ran at on the first day of Oceania in 2013. Our course was 14.6km on a 1:15000 map, which was a lot shorter than the 18km that the Kiwi’s had run 5 weeks ago at their nationals. For me this was a good race after control 6, the time it took me to adjust my navigation to the sand dune detail. I really enjoyed this race as it was in fast pine forest with sand dune detail but the ground was also soft which made it tough work. I came 2nd today, 6 minutes behind Tim. Again for more race analysis see the New Zealand blog. After the race we headed to the dunes for some needed post-race dune jumping (see below for a short video of some of the action).


The third day was a middle distance at Osgilith, the same map that we ran on for the second day of Oceania in 2013. The course was 4.4km on a 1:7500 map so quite a change from yesterday. The start of the course had some fast forested dunes and then moved to an adjacent coastal block with a mix of light green and open dunes with both low visibility and runability. My aim for this course was to concentrate on three aspects of my orienteering that I struggled with yesterday; identifying strong attackpoints, slowing down to get a good bearing from my AP to the control and recognising what feature the control was actually on (which can be hard to notice on a sand dune map). In relation to these three goals my race was very good, the sort of race that I think would put me through a middle qualification. I had to slow down a lot in the coastal block however and think that I should have attacked the start of the course (which was easier) a lot harder. I came 3rd, about 1 min behind Shamus (who I was beating until he got caught by Tim) and close to 5 minutes behind Tim. Tim had a ripper of a race and was just attacking the terrain a lot more than me, taking time off me on nearly all of the controls. With a race like that at JWOC I could certainly see Tim making the podium again!!! 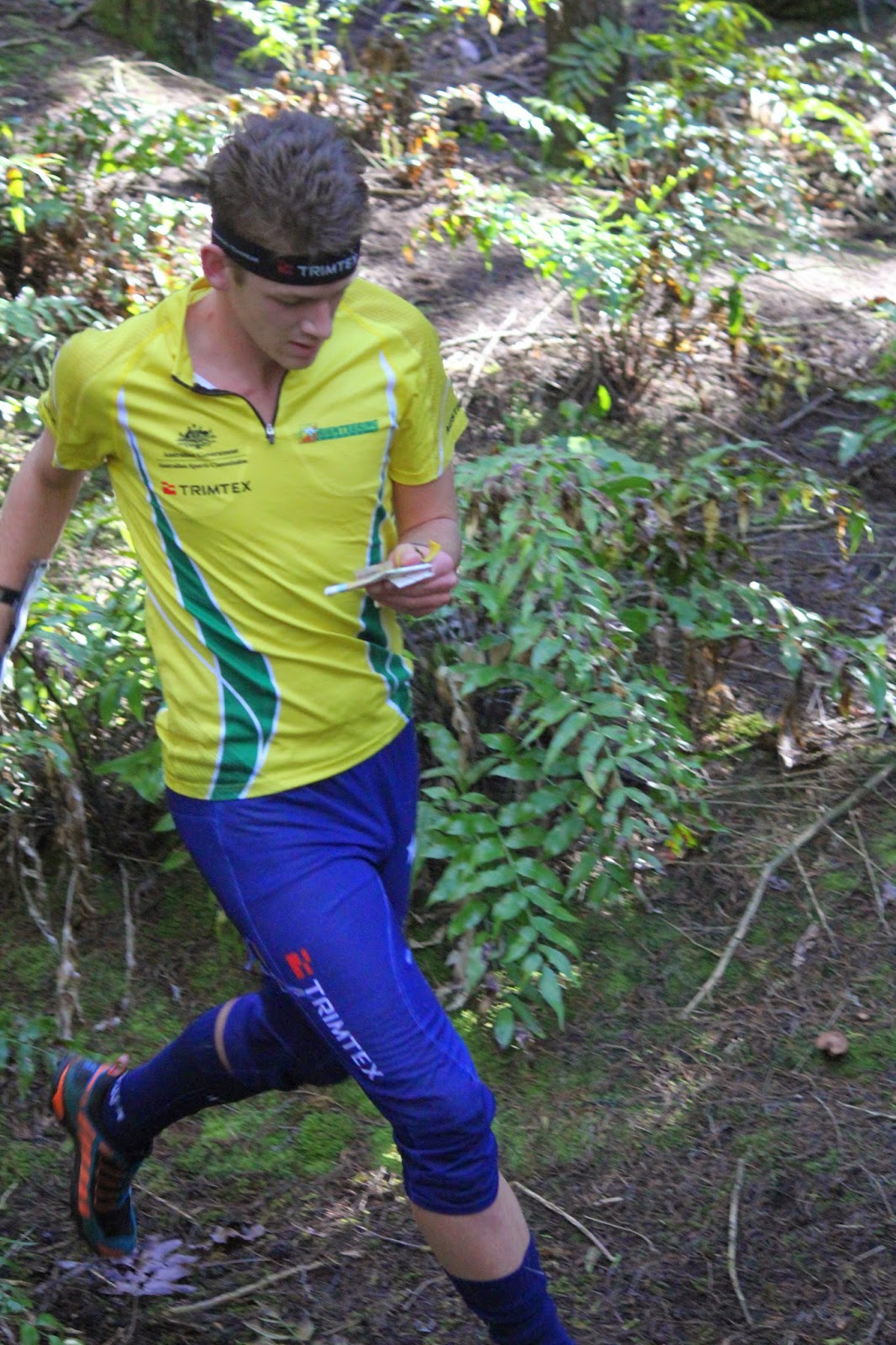 Competing in the Middle Distance
As I was unable to fly out Monday afternoon I got to fly out Tuesday instead. So Tuesday morning I took the opportunity to run on some awesome trails in the hills behind wellington with Tim (including a 18 minute climb with 350m climb). After a successful weekend of some technical orienteering against some world class competition I returned home to enter the horrible world of exams... 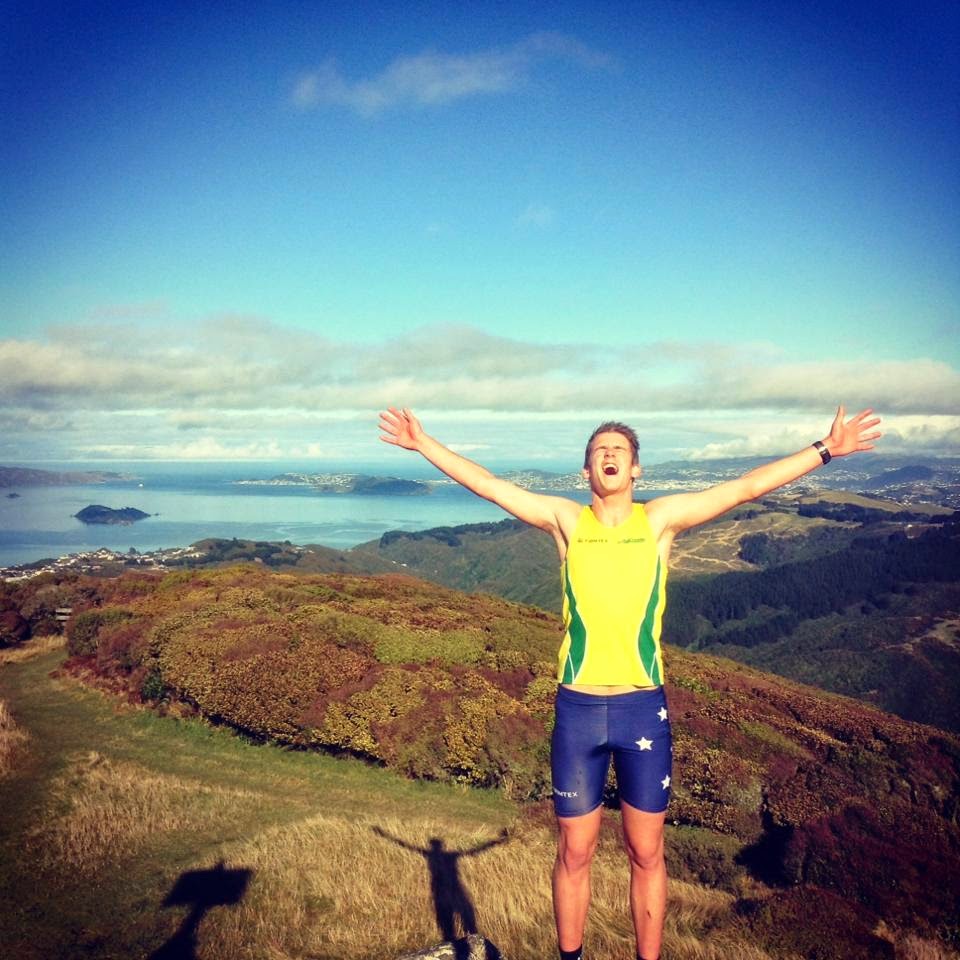 Scenic Run in Wellington
﻿
2 weeks later..
I have finished 3 exams and only have one more exam (next Friday). The last 2 weeks have been fairly easy training wise but the training will ramp up again next week, followed by my second JWOC preparation week before I fly out to Istanbul two weeks today!!
An example of some of the terrain in NZ﻿
Posted by Unknown at 8:45 PM