Chapter 6: There is no route choice, only weakness (by Matt Doyle)

I had a really great Easter, putting together some of my best races in recent memory, and this has put me on a bit of a motivational high from then on. The team vibe from the camp and other stuff has been awesome, and I have been cranking straight back into my training, as well as managing to utilise my good shirt from camp at school’s free dress day, bringing plenty of ‘mirin’ looks. I train pretty much by myself in Kilmore, so it was a welcome break when Brodie showed up for our 3km TT after a tough, and infamous, JWOC Prep week (which went well – tough as advertised). Laying down a new PB is a bit of a highlight of mine, as my previous PB was set in late 2011 and it lets me know that my training has been paying off. I manage to get out to at least one event pretty much every weekend, thanks mainly to the Bendigo Orienteers, and the State Series also provides a good opportunity to see where I am at against some quality runners. I have done some tough long distances lately, and while I have struggled to go particularly well at these in my mind, it’s been good to just get some time into the legs while looking at the map. 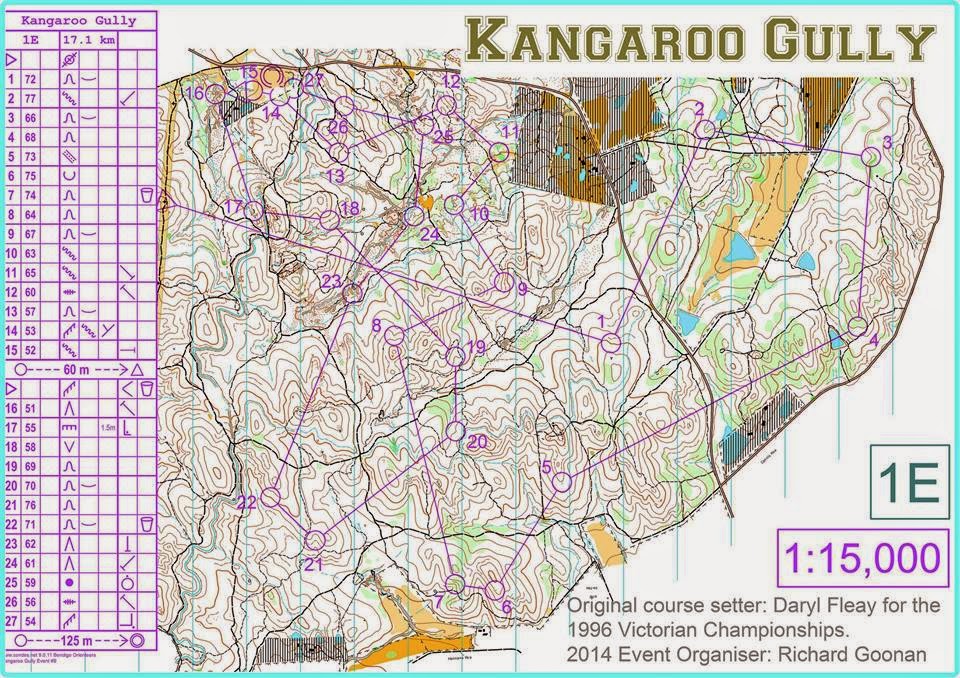 I wasn’t able to get up to Dubbo for the QBIII, which was disappointing as it looks awesome, but there are going to be a couple tough races this weekend held down here in Victoria, utilising Mt Tarrengower and a big race out near Saint German for State Series 7, 15.6km which should be good, a good opportunity to get some real big races in before I fly out in a few weeks. Looking forward, I plan to incorporate some more speed work into my training as I sharpen in towards JWOC, while still maintaining the hills component of my training, as I felt this was one the biggest things I was lacking in last year’s long (apart from the ability to make good route-choice decisions). Another JWOC prep week is looming next week, but I am looking forward to it. 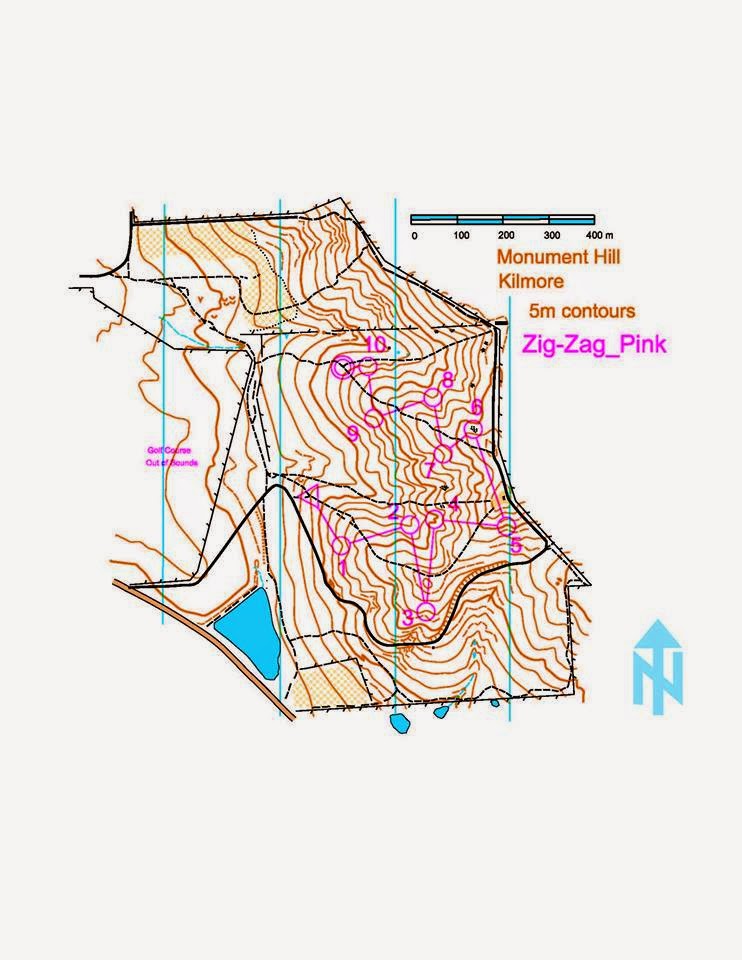 Example of a bit of training on my home map. It might not be too technical, but it is steep!

Training stage 3 has been a vital component of my training since Easter and is progressing a treat. I will be well and truly ready for Stage 6. One of my most noticeable achievements of late is reaching 31st in the world in Catching Features rankings, something which I have been working towards for a while. It has been really good to see the team getting into their training too, I am really looking forwards to this year’s JWOC. A great way to see what I’m up to in my forays into training is to hit up my attackpoint, http://www.attackpoint.org/log.jsp/user_7018 , and feel free to drop any comments you like.

After returning from a great trip to NSW I was riding a new high of motivation, and with coach Hanny’s training plan in hand, I got stuck into a solid block of training. My goal was to keep the training consistent, and 5 weeks in everything has been going to plan.

The focus in training has been on endurance over the longer distances, which means tough tempos and longer runs on the weekends. Training with my running group has been great, as some of the other boys gear up for their marathons, there are plenty of opportunities to jump on big sessions like 16km tempos and 2x5km hill sets. 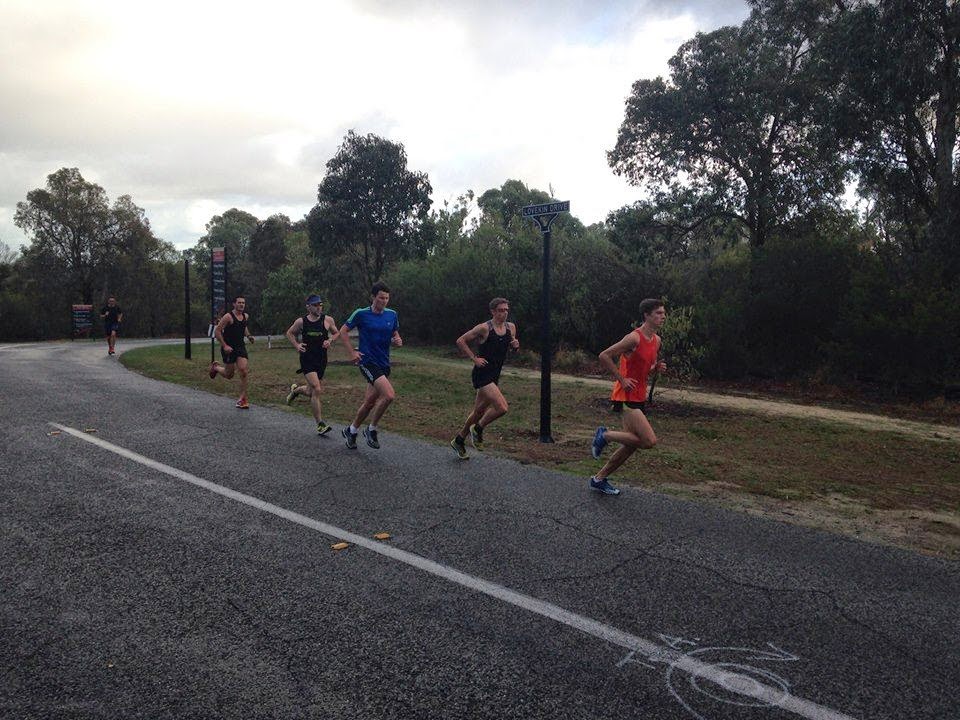 The JWOC prep week was an eye opener for me. After a good start to the week, running a sprint course on a great new map, followed by a Mona fartlek around the river I was feeling fine. However, after two hard days orienteering over the weekend, I was feeling shattered, and took a good few days to get feeling strong again. Definitely needed to get on top of my nutrition and recovery. 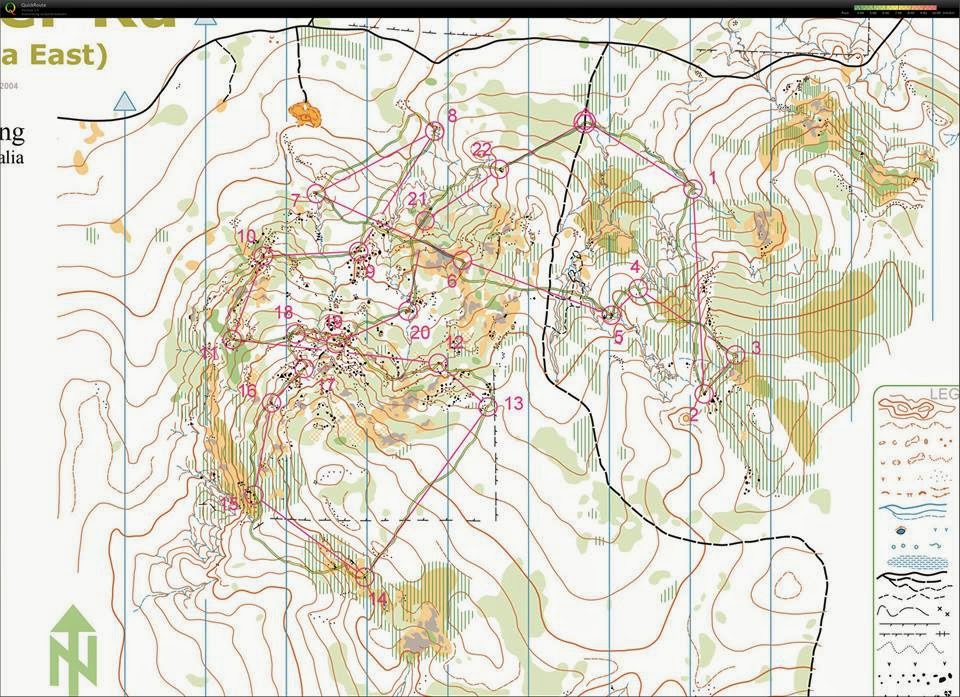 Since prep week training has been building up well again, track Tuesdays have been in full swing, although with the temperature dropping they have become shirts-on sessions. Exams are coming up for me next week, so training will take the back seat for a while, but as soon as they’re done I will be on a plane to Sweden, where the final stage of training begins, with a few weeks of solid nav work. Looking forward to giving JWOC my best crack! Cheeky attackpoint plug: http://www.attackpoint.org/log.jsp/user_9514 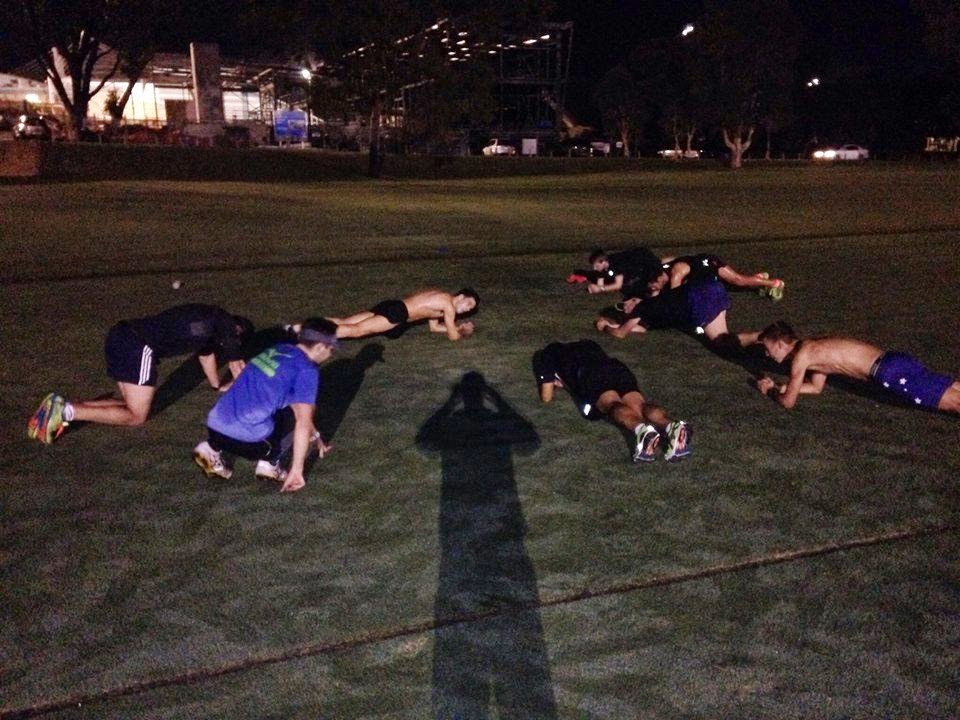