JWOC Middle – What to expect

Kiril Nikolov is a current Bulgarian Elite orienteer. He has run WOC several times with top 15 placing’s on several occasions. He won silver in the 2012 European champs Sprint. He only started orienteering in 1998 and was selected for the national team the year after. 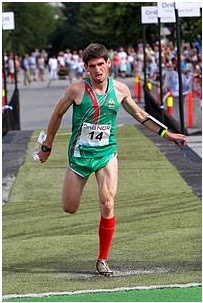 From my research, he specialises in long and sprint distance races. This may provide an interesting style middle distance course. By looking as his top 5 courses from 2011, Nikolov likes long legs that require decisive navigation the entire way. It also seems that he likes course styles of Long legs broken up by several short demanding legs. His favourite style of course requires active decisive orienteering for the entirety of the course. It must be kept in mind that his favourite 5 courses of 2011 were all sprint and long distance. Nikolovs speciality in sprint and long distance will create a course that is quite different to a classical middle distance, it will be physically demanding, with very technical orienteering (Perhaps even too technical for the course setter – which will be the charm) the entire way. I am really looking forward to having Nikolov as the course setter for both the middle and the long and expect he will set an outstanding course.


Courses are between 3 and 4.2km so it will be jam packed with action, from a long distance course setter.

The forest will be a mixture of old and new growth. The flatter areas (if any) will likely have a substantial amount of young growth with the steeper areas consisting predominantly of older growth and very small young growth. The forests are deciduous so there will be lots of leaf litter. This will be physically demanding on the hard ground suited legs of Australians. However, as Australians are used to harsh hard ground, injuries are less likely to occur during training camp and competition times as well as Australians being able to run with a tougher mindset. In Australia, if you fall over at speed you’ll quite possibly break something. In Bulgaria, if you fall over, you may as well drop in to Forty winks and ‘Get a Better Bed!’. Our very own Blair Trewin has informed us that the wet winter and spring will stimulate young growth. So the forest floor will likely be covered with growth about knee height. As well as this, the ground may be wetter than usual continental terrain. 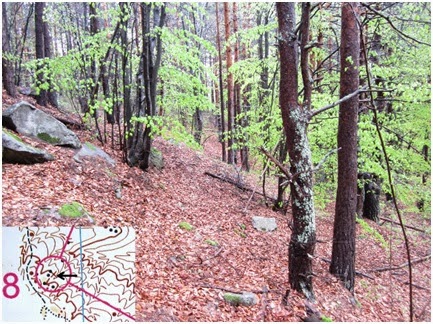 Steep and Unique! The map ranges from 900 to 1000m above sea level.  The ground has lots of contour detail made up of tiny spurs, gullies, high points and some rock. Unfortunately the terrain is so unique that it is hard to say much about it. However, from photos that I have seen, it reminds me of the New Zealand Map ‘Naseby’. In summary, the contour detail is the major challenge, but when mixed with the steepness, the middle distance will be possibly one of the hardest races of everyone’s orienteering experience.


More information about the courses specifics will be released in bulletin 4 in July 2014. For now, enjoy the challenging training task.
Olle
Posted by Unknown at 9:56 AM