The Middle Qualification and Final

Well a 40-60 min drive (depending which bus you were on) took the athletes from Borovets to "Zheleznica", a hilly map with lots of contour detail. Mixed forest with some tracks although recent summer growth once again meant tracks were indistinct and in open areas in particular would mean slower running. 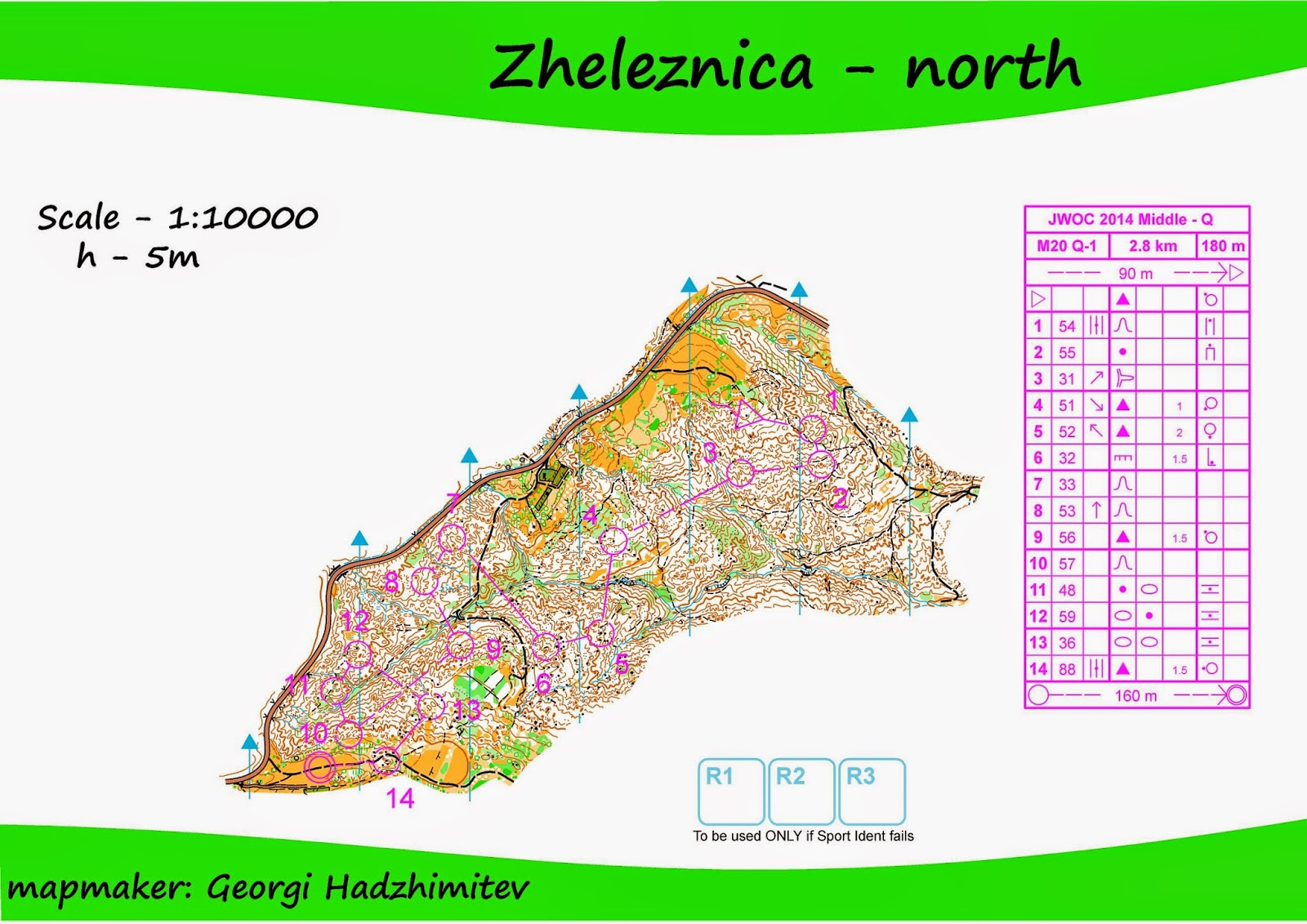 Middle heats were for the men, between 2.7 - 2.9km in length and for the women, 2.3-2.4km. Here is a sample of two of the maps however it's worthwhile looking at the  JWOC website to see how the course setter has set his courses. Unlike a lot of qualification races, all courses are very different and speaking to Kiril Nikolov at the event, he said this was his main aim. 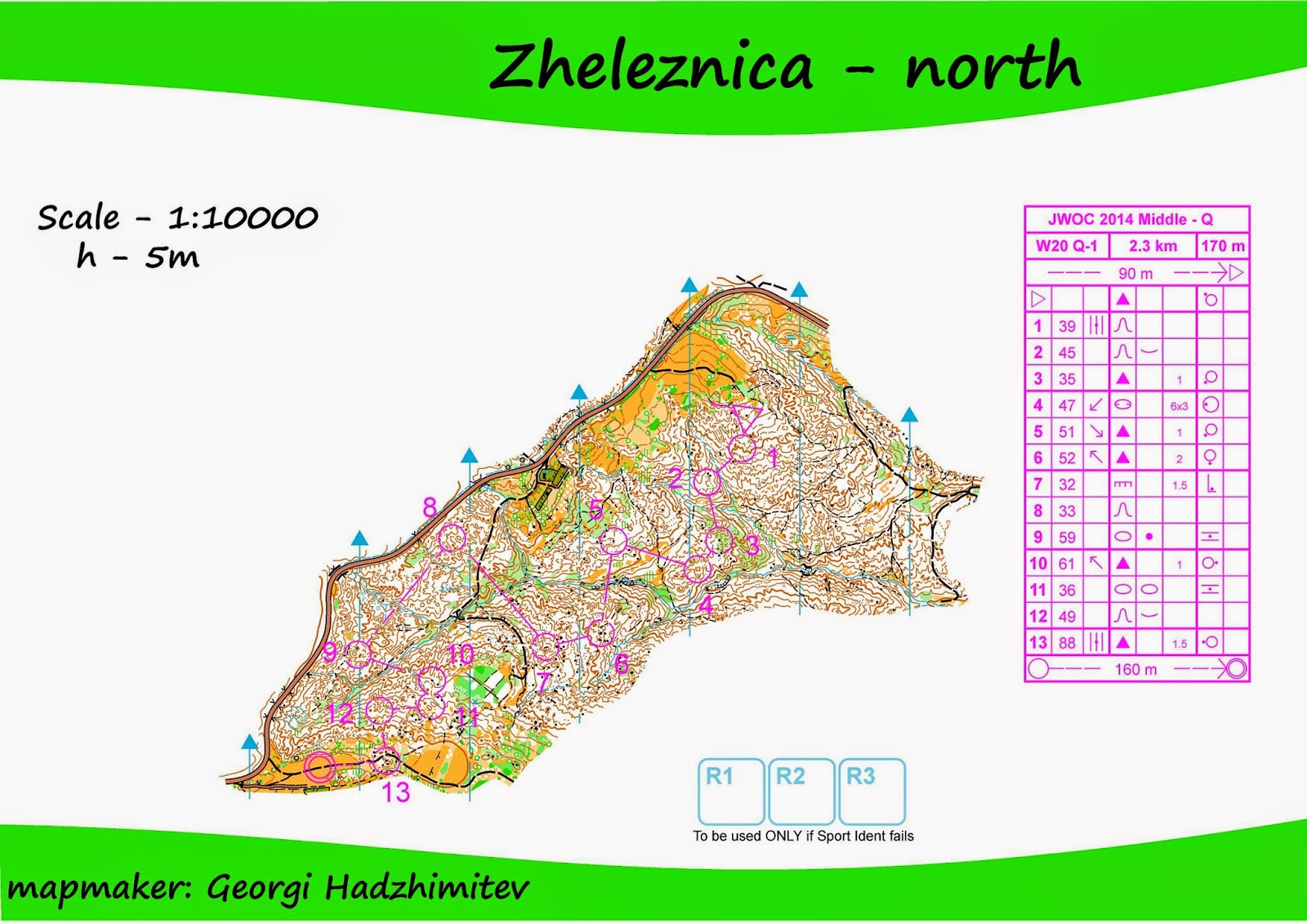 Organisation for the Middle Qual involved athletes being dropped at quarantine and then prior to their start they were bused to the prestart. Of course management team of more than two people could cope easily with this, however Hanny and I worked with New Zealand to ensure we could have someone at Prestart, someone at Quarantine and someone at the finish.
It was exciting to be able to head off in the morning knowing there was litle threat of rain, unlike every other racing day to date. 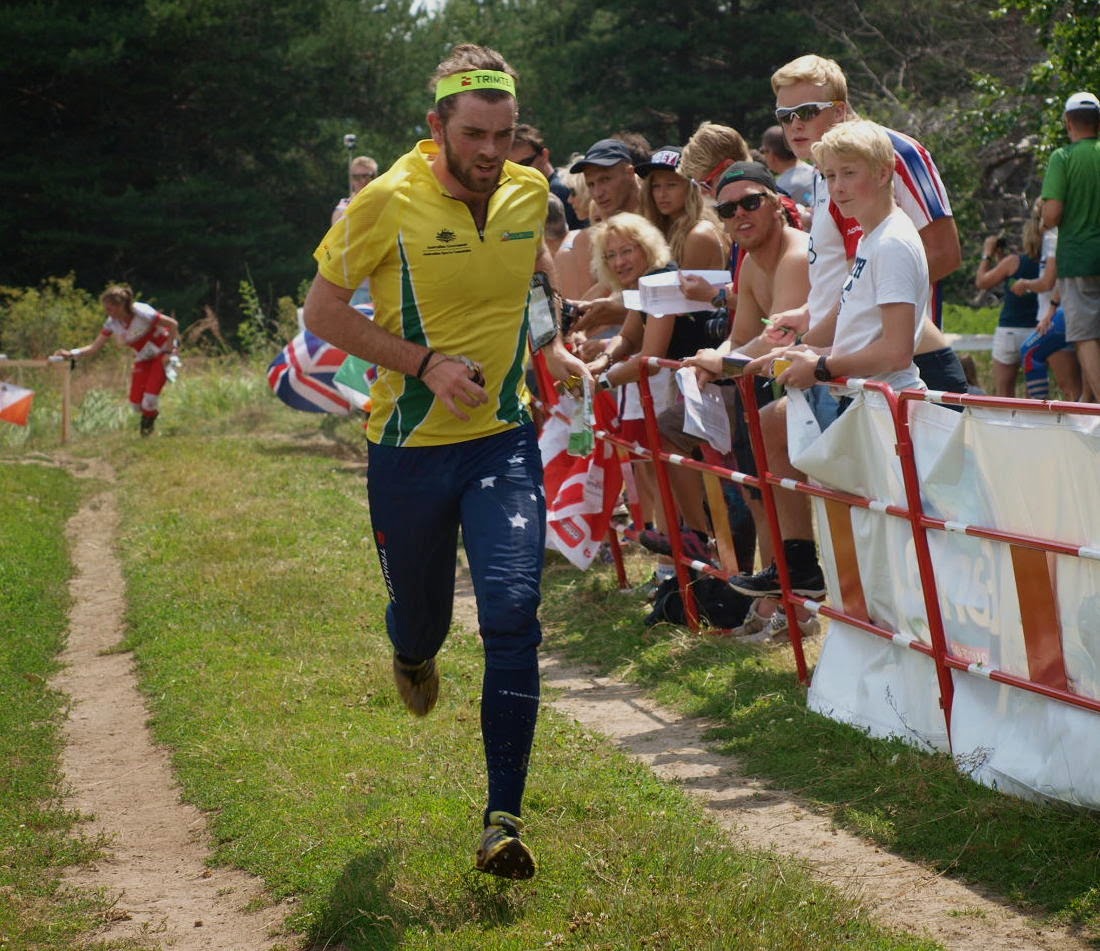 All said they lost some time during the race at various controls but it seemed to be a day where those that made the least number of mistakes did very well.
Olivia, Asha and Lanita were all some 20 mins behind the winners of their heats however with no C final this year they would have the chance to make amends in the B final as well. When you look at the maps you can appreciate how well all of them have done. 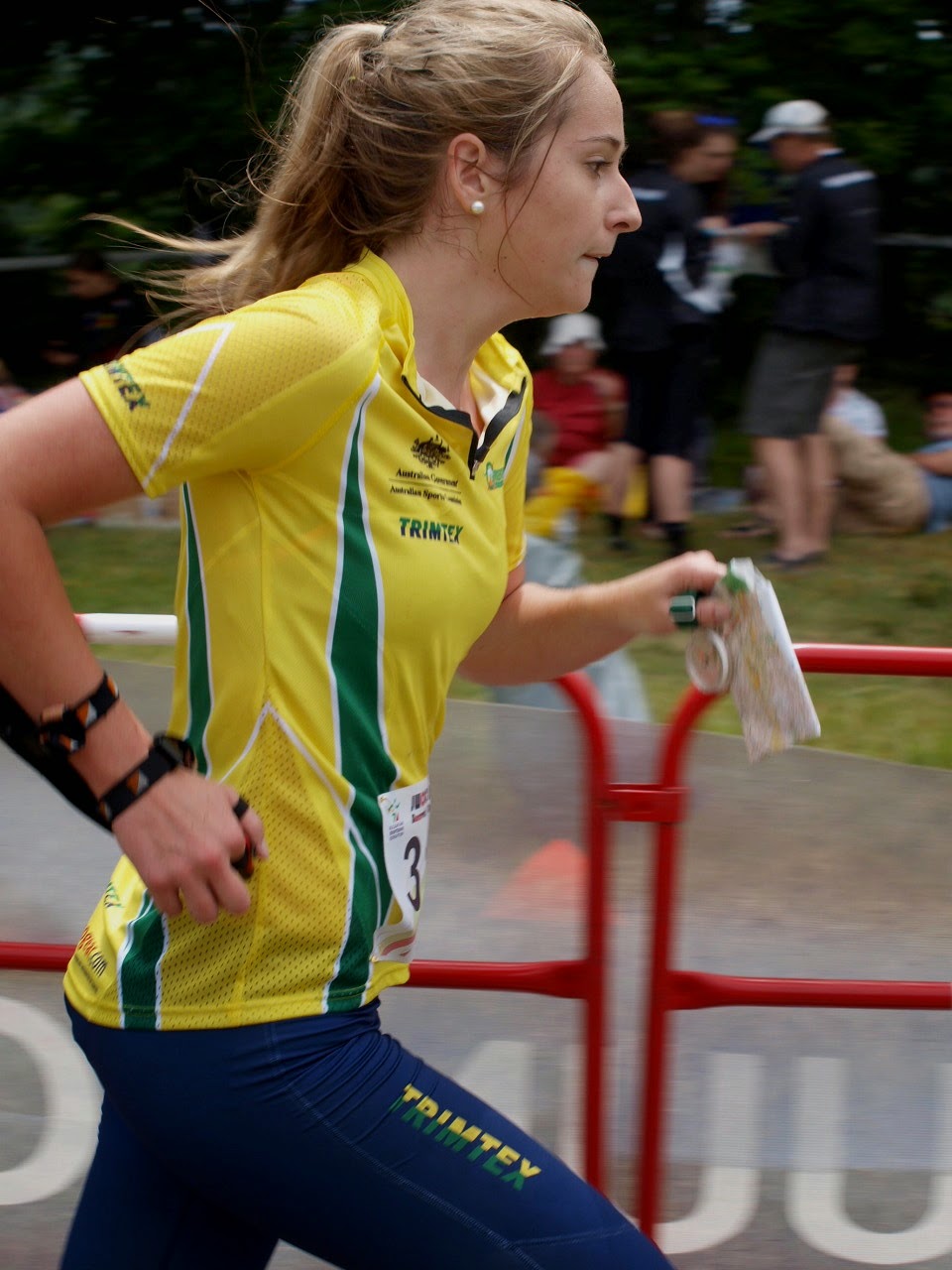 Saturday was another drive to the same arena. Unfortunately Bulgaria had originally planned no quarantine for the B and C finalists and had organised for the A final to be run first. Unfortunately by changing their mind about the quarantine it now meant the B and C finalists would be in quarantine during the A final and wouldn't get to cheer on their team mates. Something I hope won't happen in the future. It felt as if some of the atmosphere of the Middle Final was lost. Spectator numbers have been relatively low to start with so without the athletes around it didn't quite feel like the Junior World Champs. This was more so when we had a dog run down the finish chute during the A final!

We could not be more pleased with the results produced today at the middle final.
All of our men in the A final produced quality results to see them placed 16th (Brodie) 32nd (Oscar) and 34th (Olle). Absolutely amazing!
Henry and Matt had solid runs in the B final as well and for both boys to be in the top half of the B final when they have so many more JWOC years to come is very exciting. Ashley unfortunately lost time early on in the course and took it easy for the remainder. 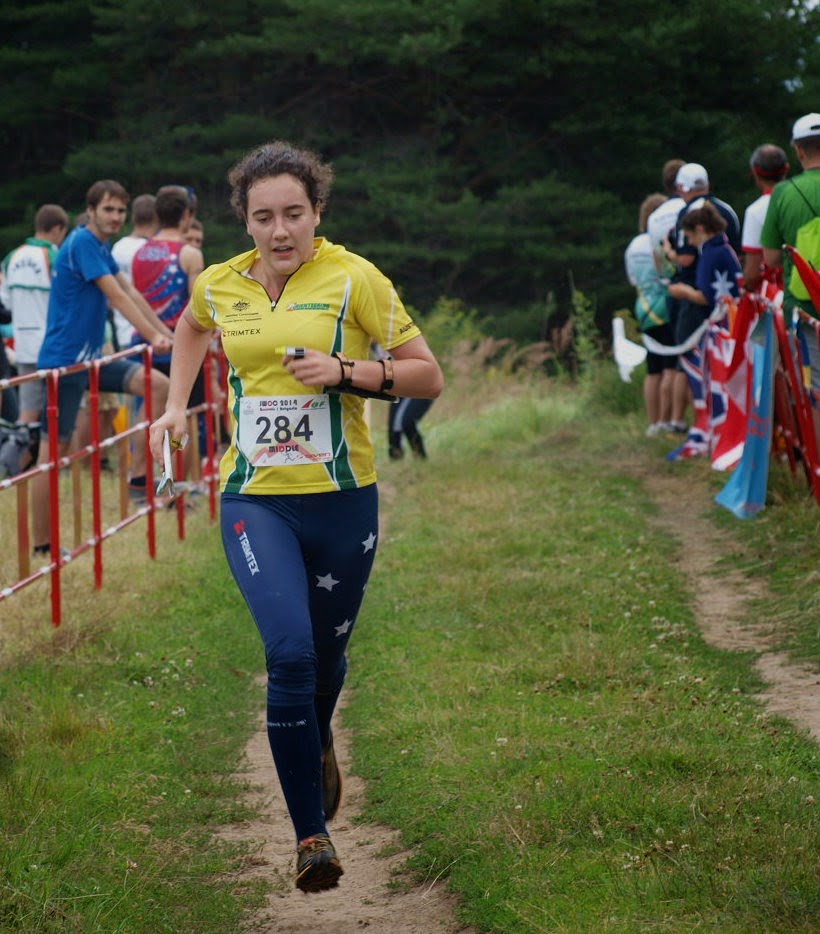 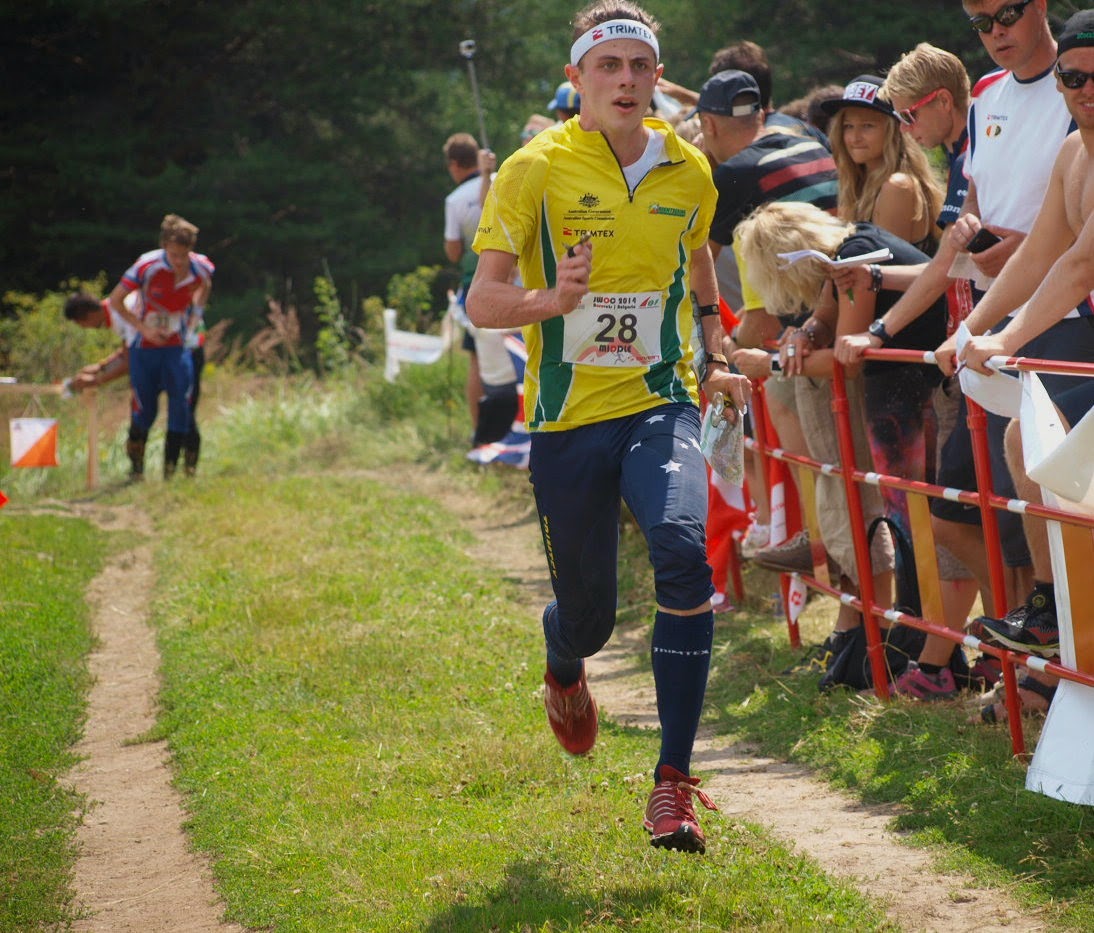 Our girls in the B final similarly produced some of Australia's best Middle Final results. With 1 minute starts Michele caught Anna early on and it was nice to see them finish together in 12th and 17th respectively. Nicola who also ran well yesterday finished in 22nd place and pleasing for Lanita who wasn't happy with her run in the qualification came running into the finish smiling and only 3 seconds further back. To have four girls in the top 23 of the B final is fantastic. Certainly made Hanny's job of relay runners extremely difficult though.

Olivia and Asha should feel very proud for getting through such a technical course when a lot of the field didn't and may be thankful to be running in different terrain for the relay.

We feel very excited for the relays tomorrow and in a way it is sad to see the end of the competition so close. Thanks again for your support :)
Cheers
Karen