The training camp began in stella fashion; buffet breakfast at the hotel. Following a relaxing morning, we headed out for session number one, a map walk at Shiroki Dol. Team members headed off in groups so the experienced Aussies and New Zealanders could share their knowledge with those of us that hadn’t yet explored the Bulgarian terrain. 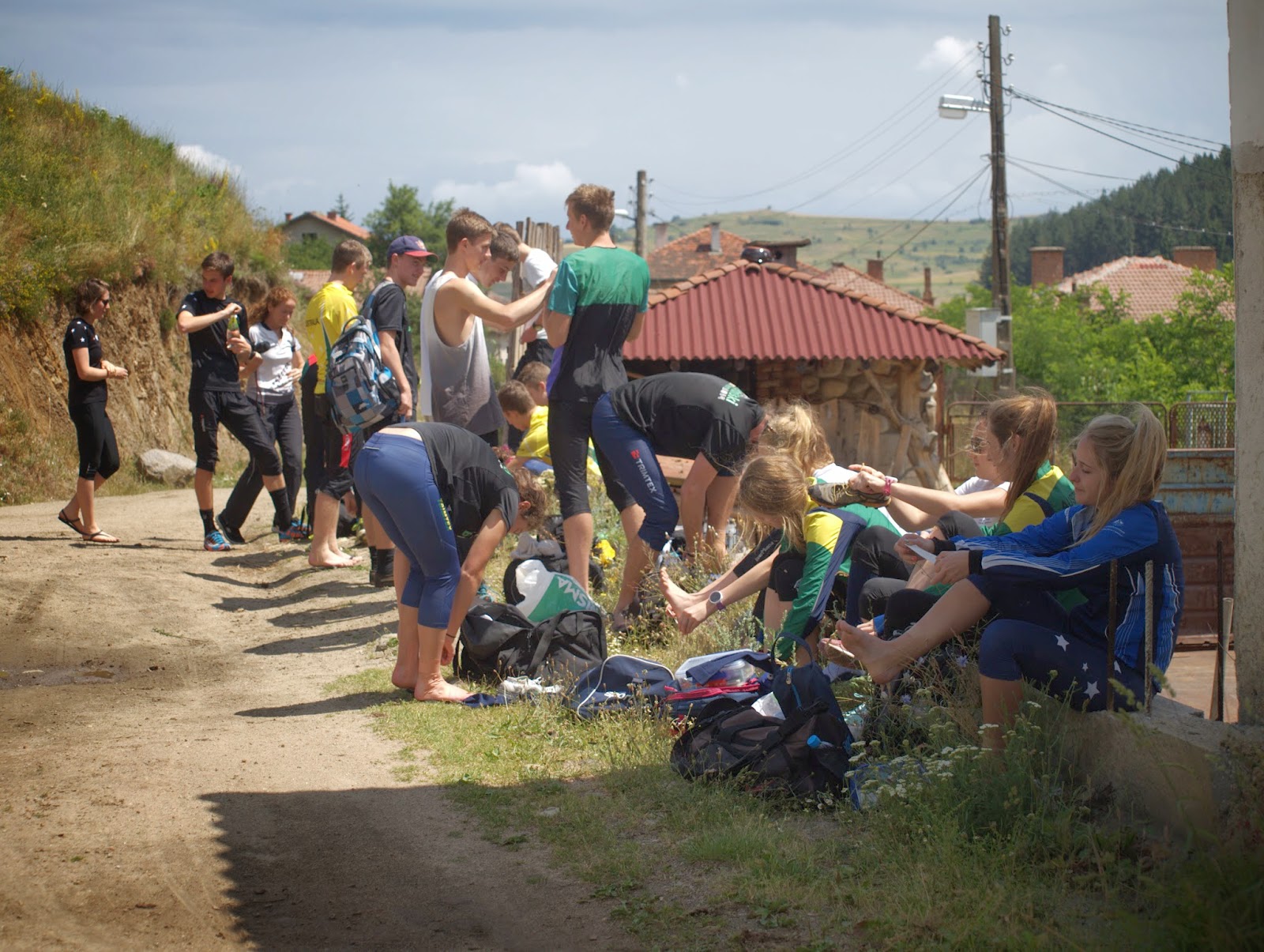 As the afternoon storm clouds rolled in, we headed out for the map ‘run’ where we took the controls at a faster pace to get a better feel for the terrain and map. 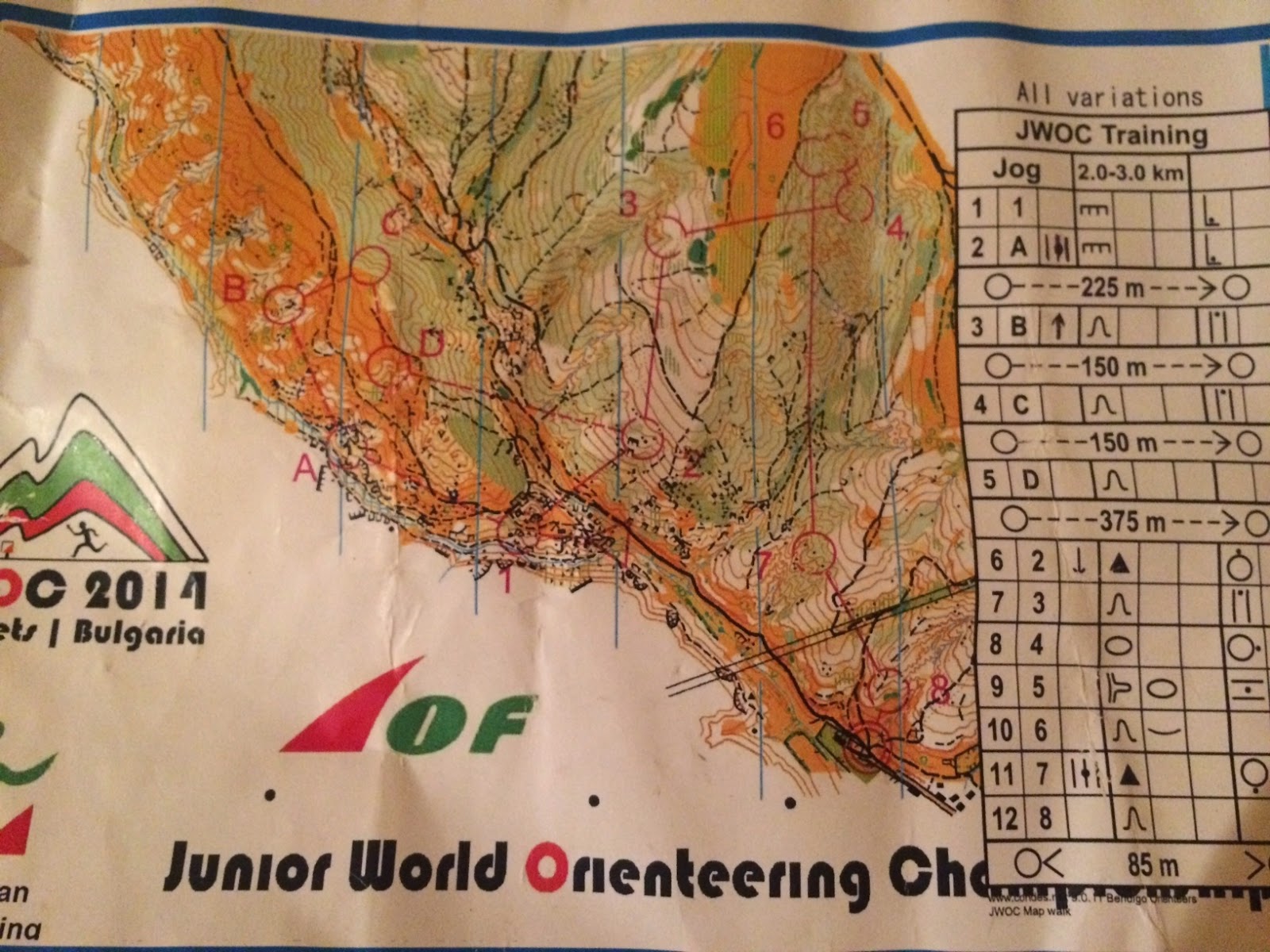 Day two introduced us to some long distance terrain. Optional short, medium and long courses each gave us a chance to test out route choice on a longer leg. Proud to announce all members of the Australian team remained fully clothed for this training exercise unlike the Kiwis, and were now fully prepared for a possible route choice through a lake after all the water on the map. 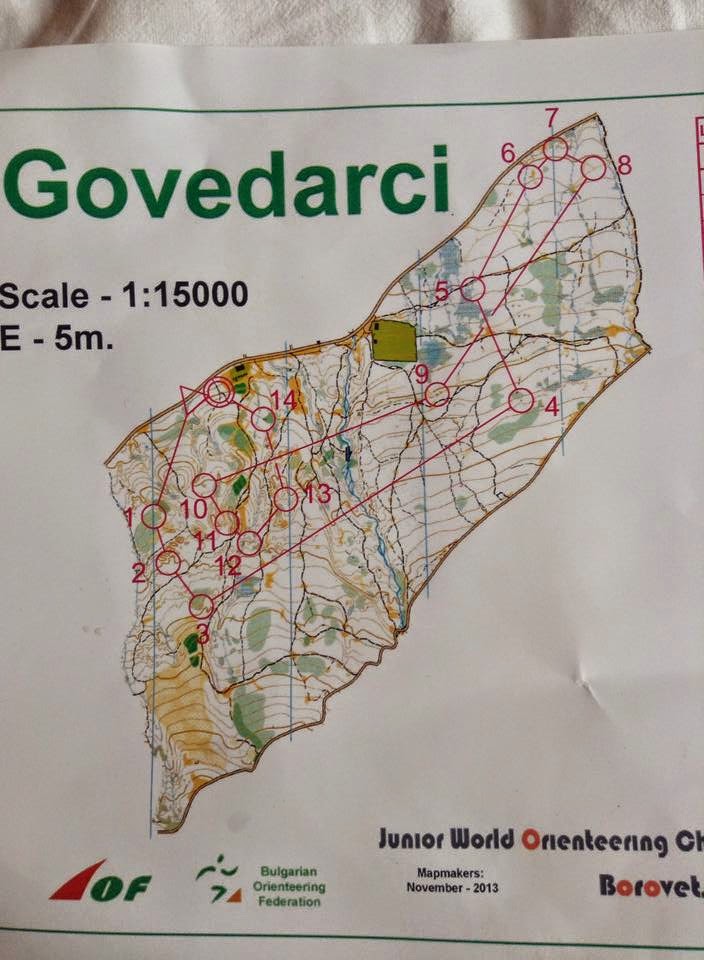 The post buffet lunch training session was a series of sprintervals through the “wifi” park in Samokov. The three loops of about 1km included a mass start and a 30second interval chasing start. 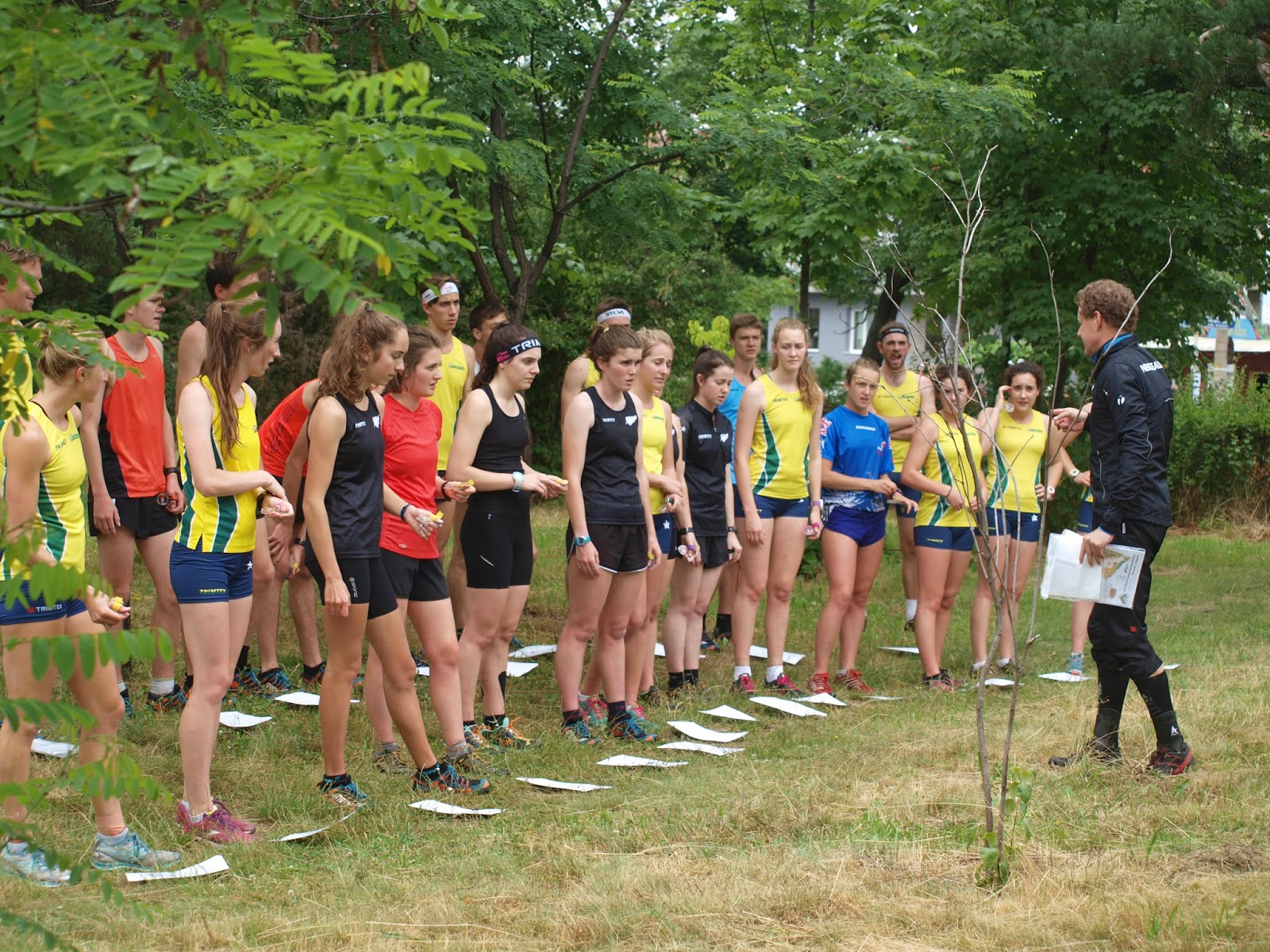 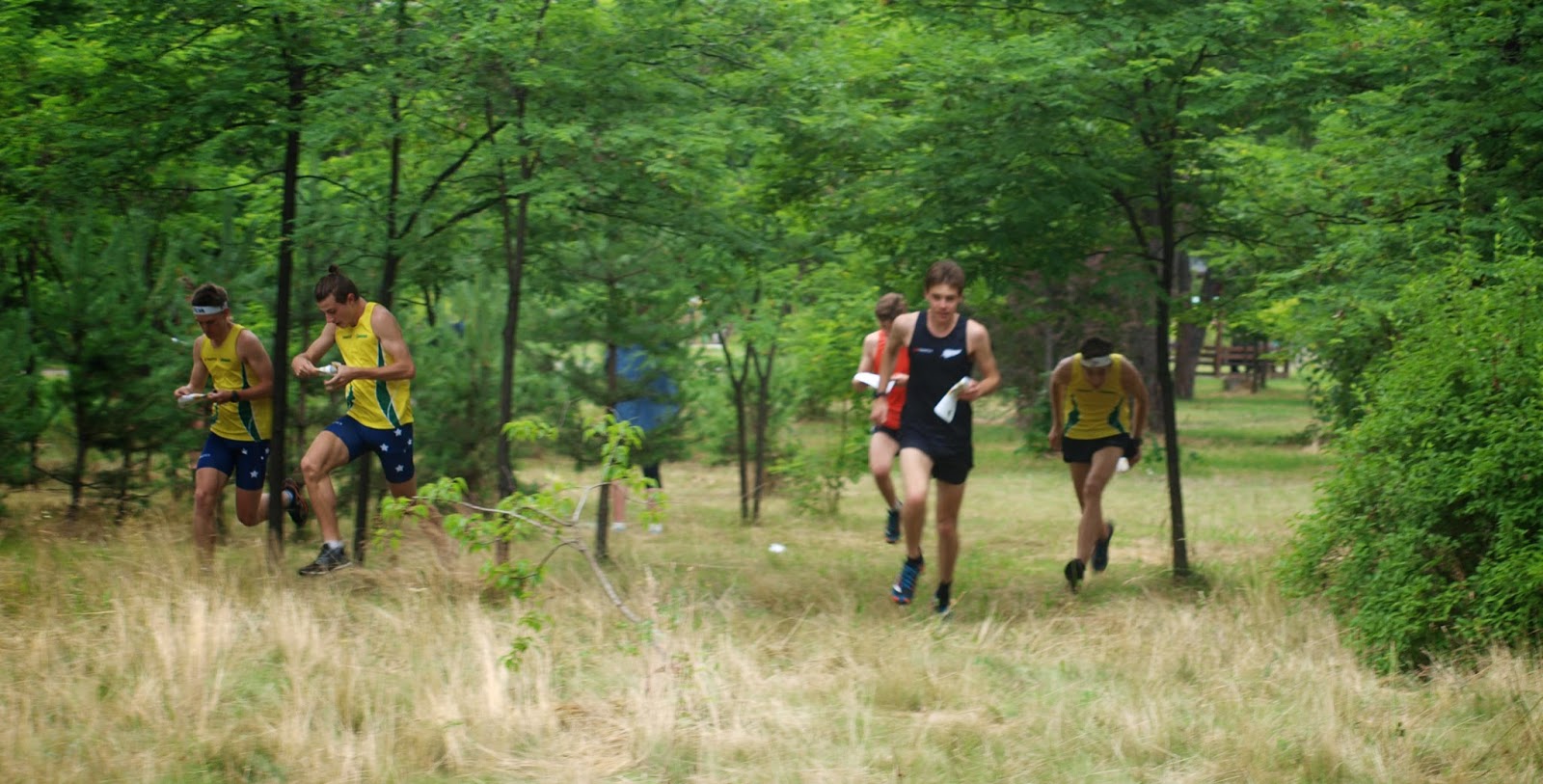 The girls trialled there sprint shorts in this event and while they proved to be delightfully comfortable, especially in the blackberry bushes, were no match for the boys’ aesthetically 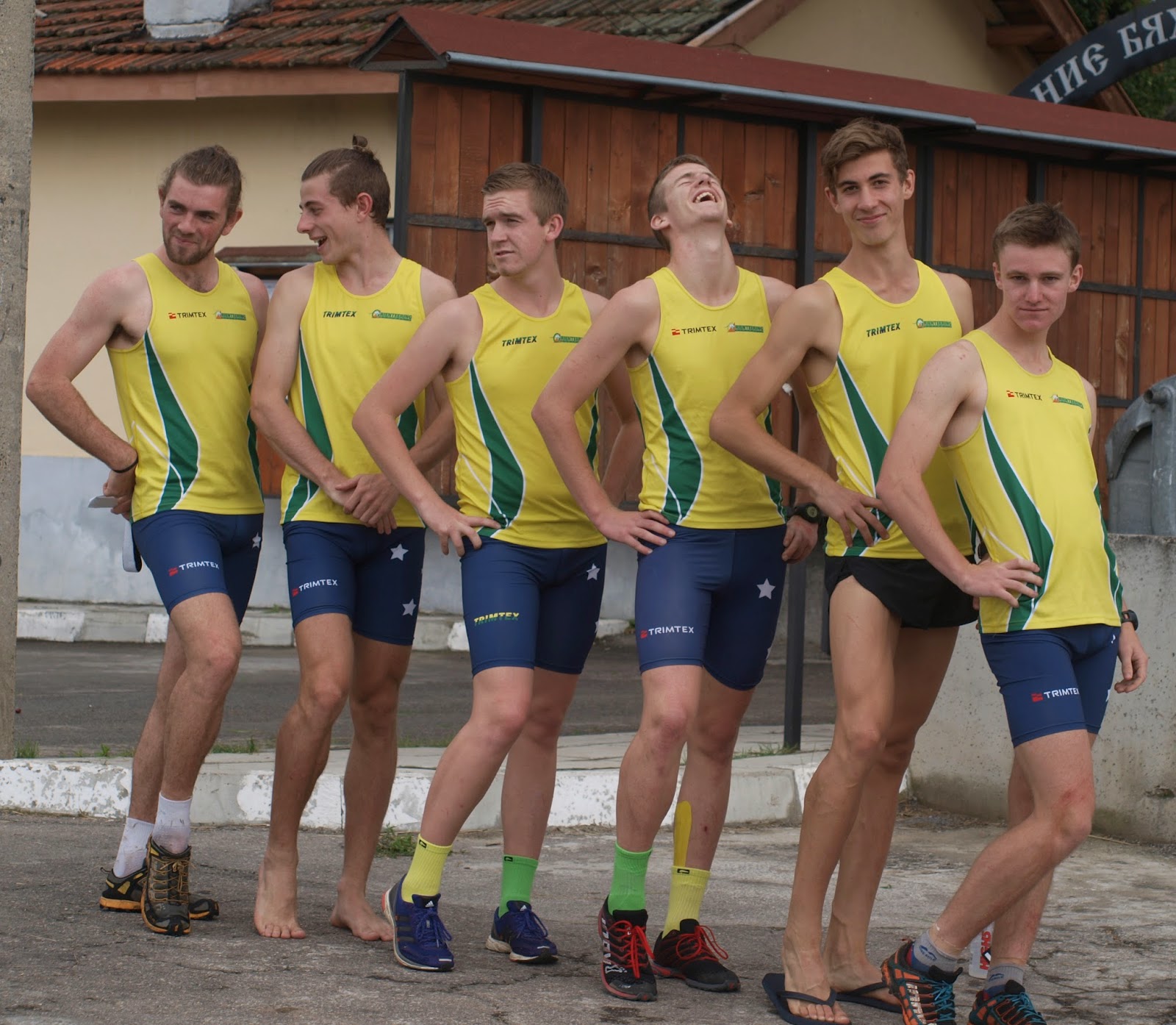 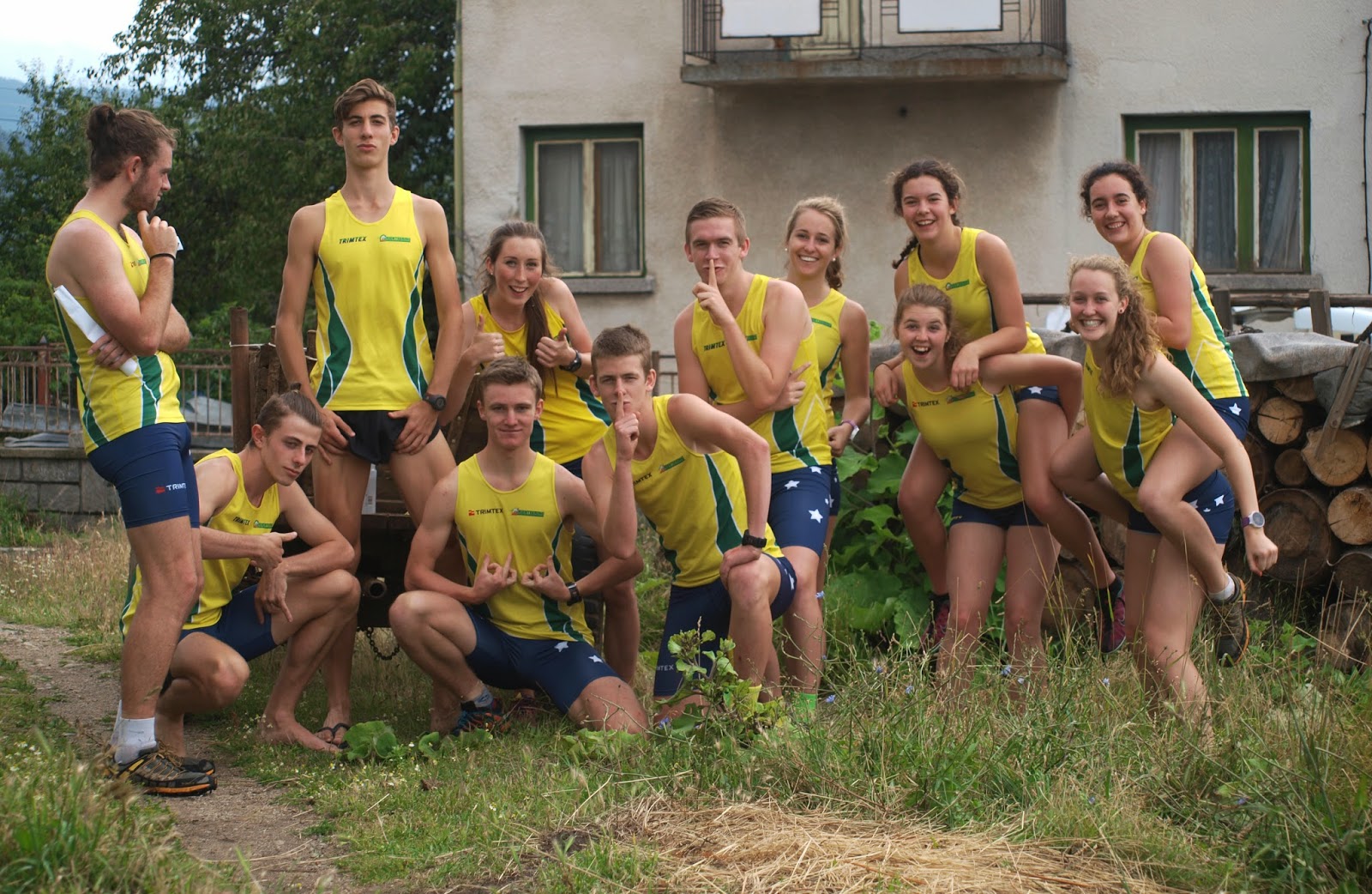 Day three was the first simulation race of the training week. A start draw was prepared and buses assigned for the trip out, and warm-up maps provided. The girls had a 2.5km course with 100m climb, and the boys 3.7km with 200m climb. 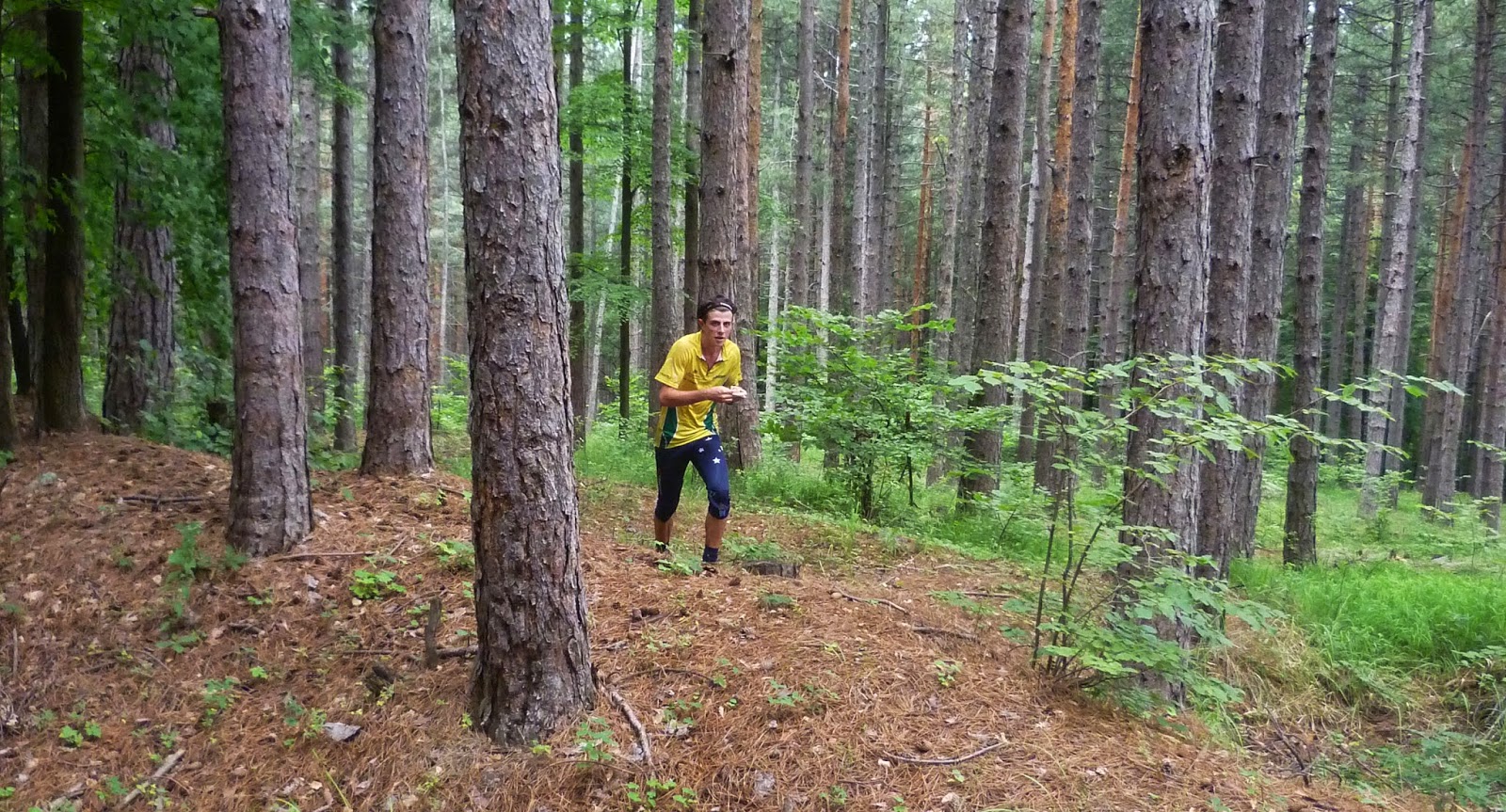 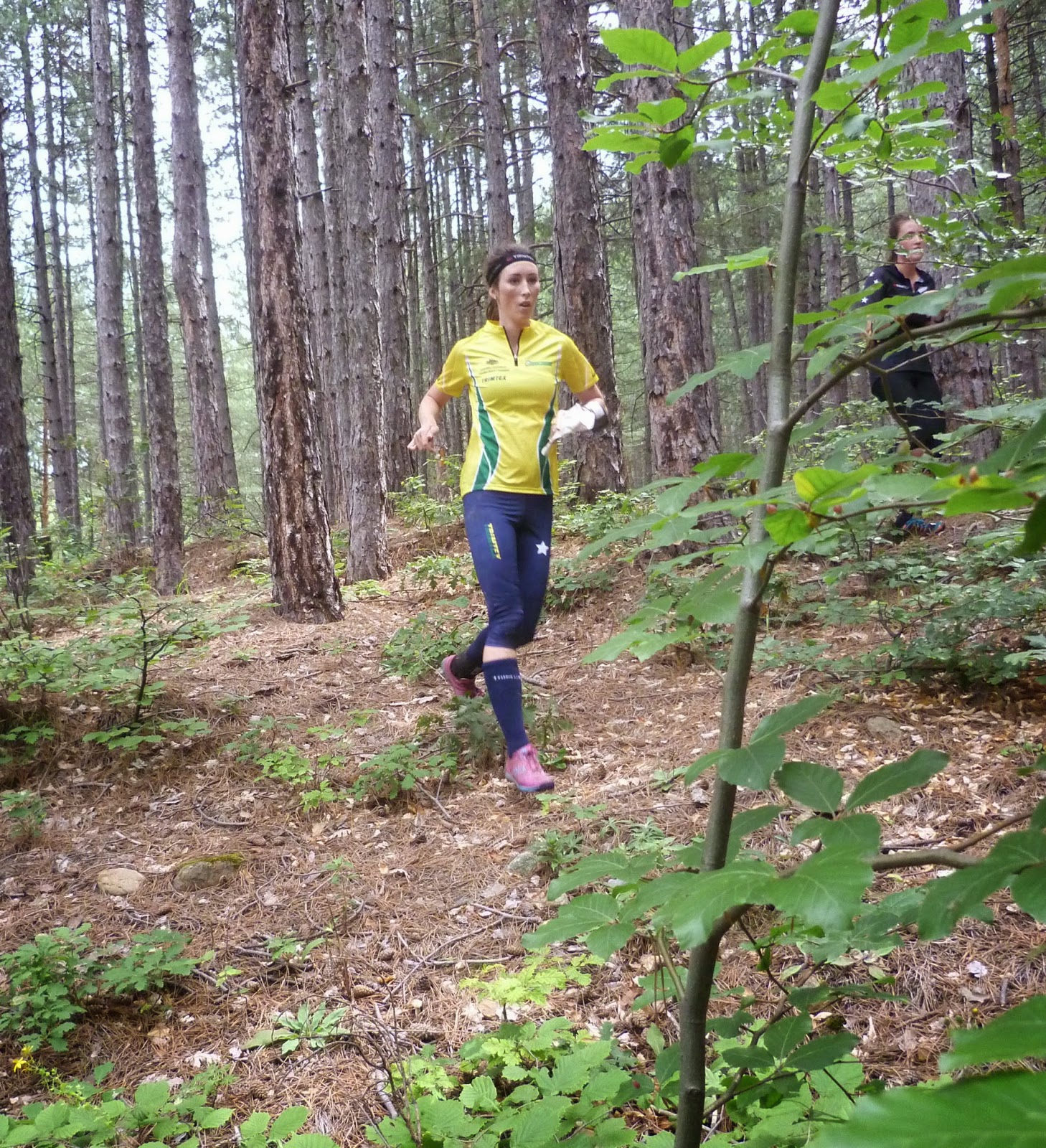 We were introduced to the Bulgarian rock for the first time and another long leg provided some interesting route choice. It was an awesome opportunity for some race practise, and feeling the pressure of other competitors. 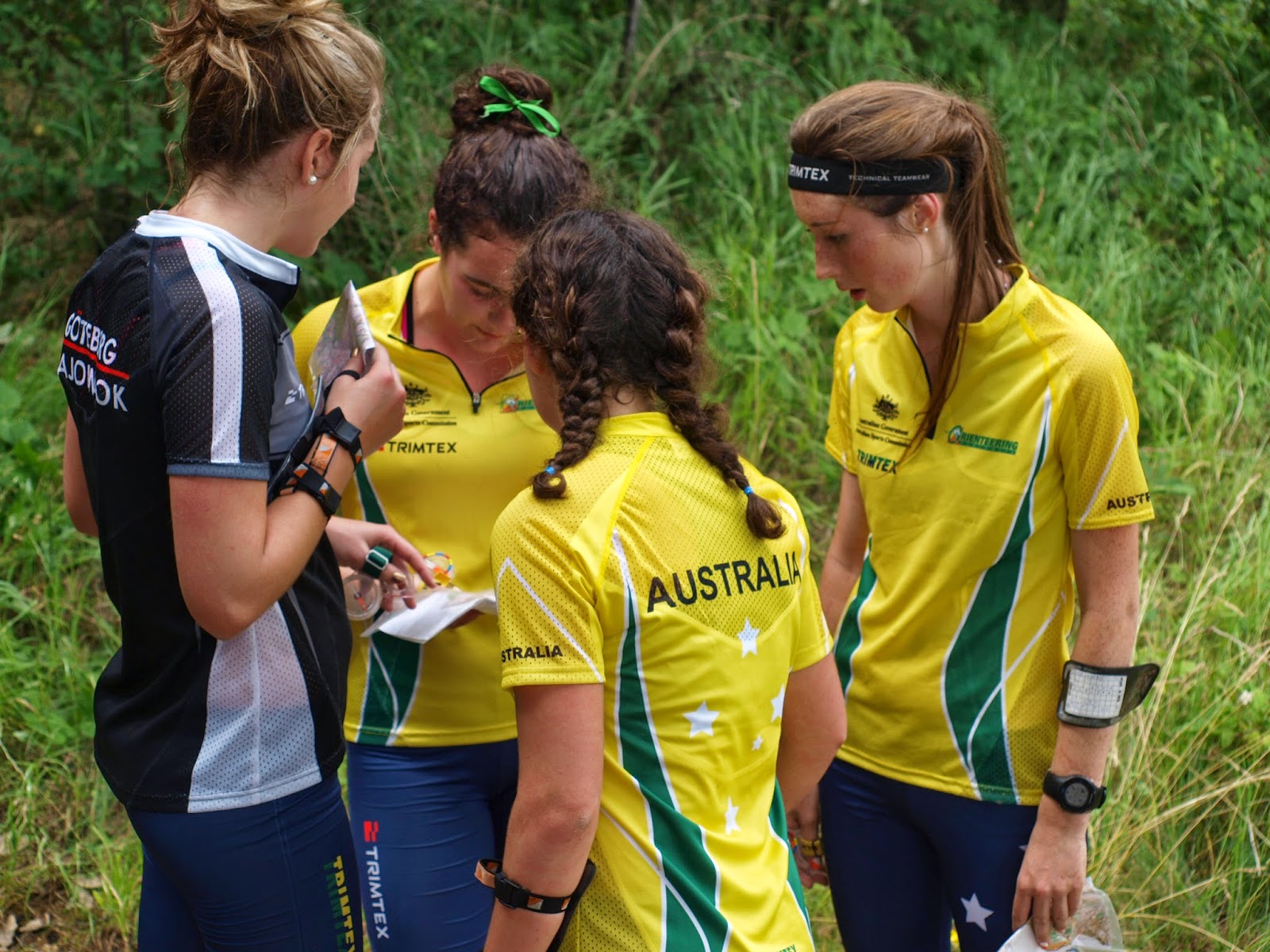 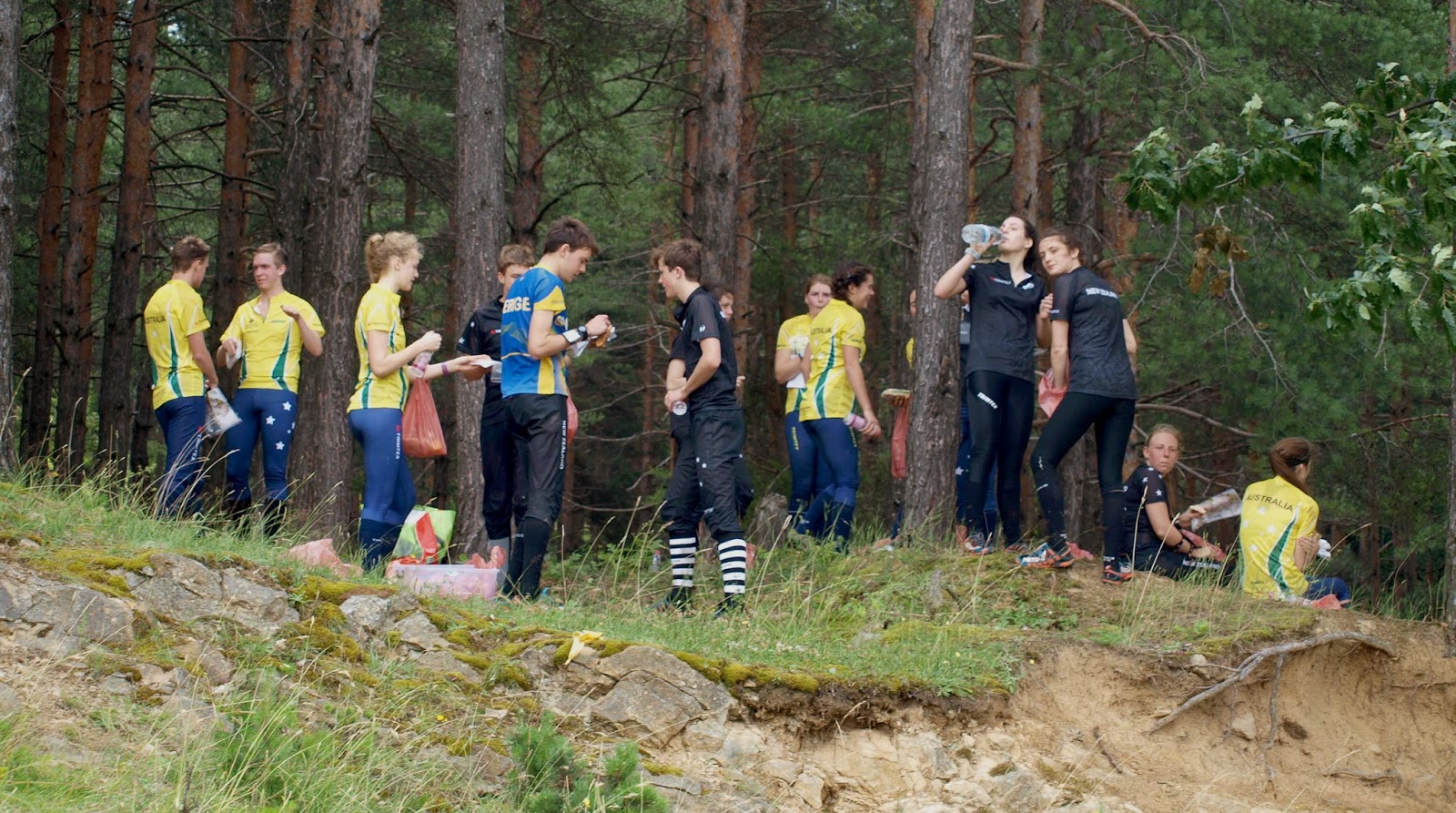 One particular route choice had people unintentionally scaling cliffs. Post race picnic lunch was accompanied by some goats and pine cone cricket in the best sun we’ve seen so far. 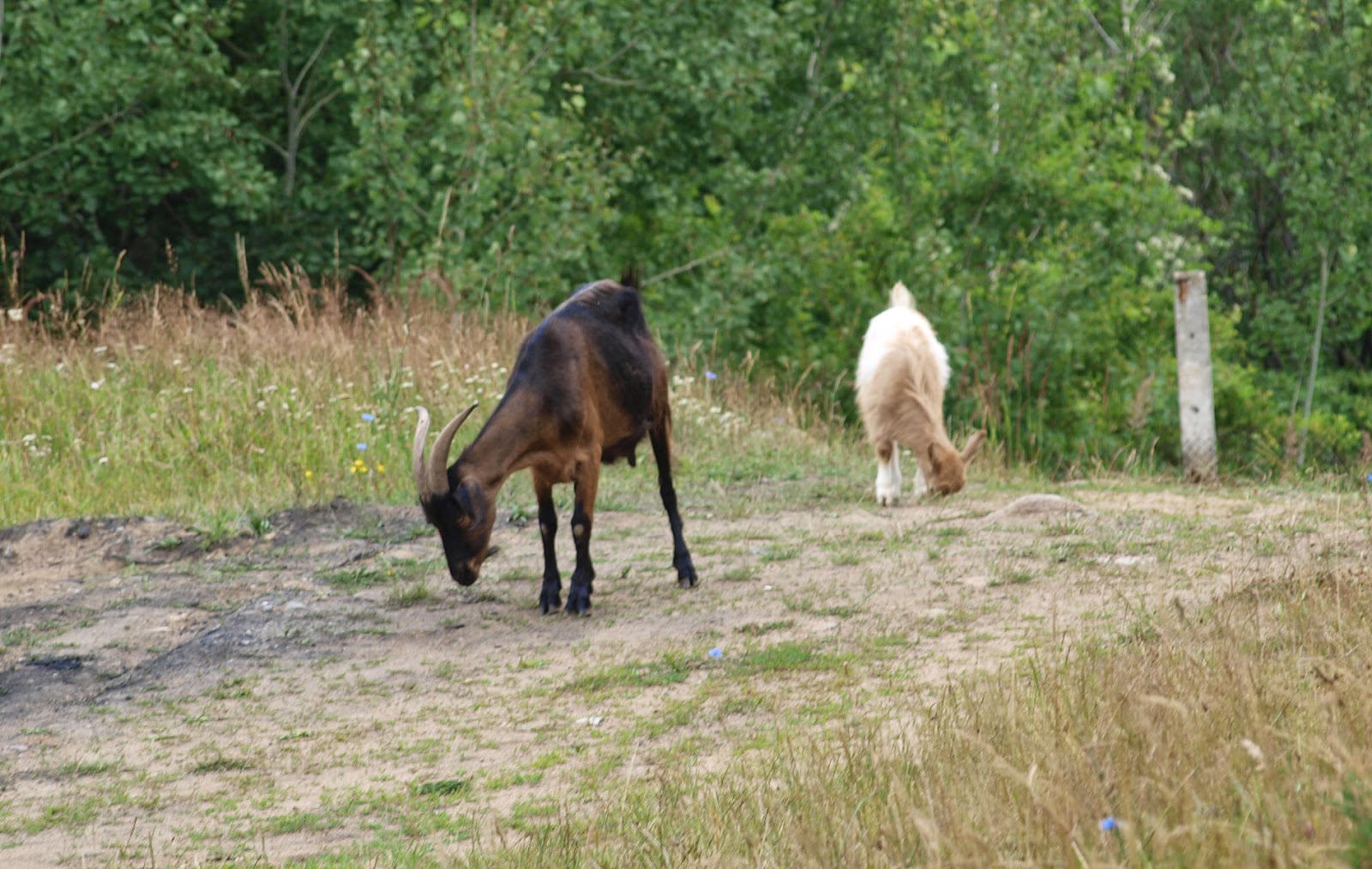 Today’s a rest day for the team, super nice weather and a chance for good relaxing day by the pool!


The Girls
*Edited by Brodie Nankervis to make it readable*
Posted by Unknown at 7:43 PM