Thought it was about time we gave you all an update on the success of the 2014 Aussie JWOC team. 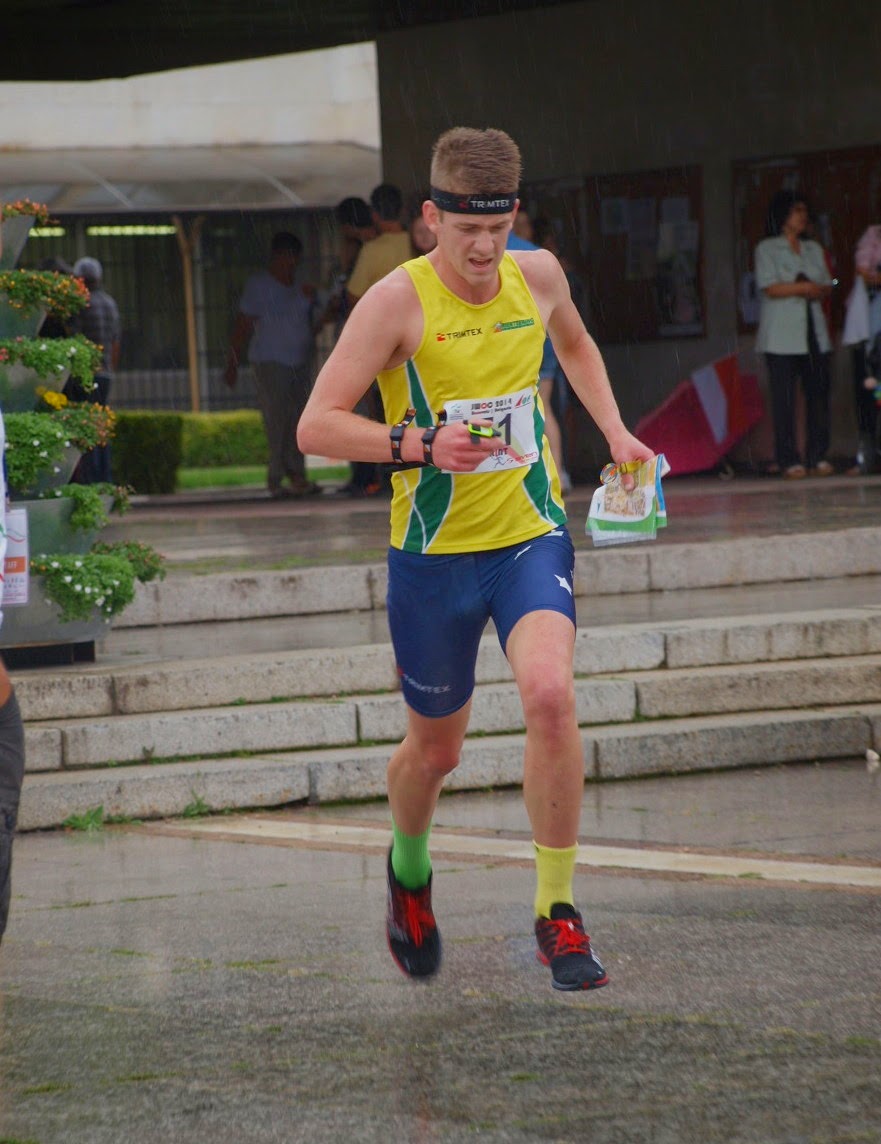 The week started with a sprint in Samokov. Summer in Bulgaria has proven to be a touch temperamental with very little sunshine to speak about in the first few days.  With start times from 10.00am it was perhaps only the first 20 runners that didn't experience some precipitation during their run. The running surface became extremely slippery with runners slipping and sliding into the finish control and even falling on course with the conditions. The tents provided for the athletes and their bags were far from waterproof and everyone and everything was absolutely saturated.
Despite the conditions the Aussies came away with some terrific results: Our top 3 men, Oscar, Brodie and Matt all placing in the top 30; our top 5 women, Asha, Anna, Nicola, Olivia and Lanita all within 50 seconds of each other and around 3 mins slower than Sweden's Sara Hagstrom's 13.15 winning time. A terrific way to start what has the potential to be a very successful JWOC campaign. 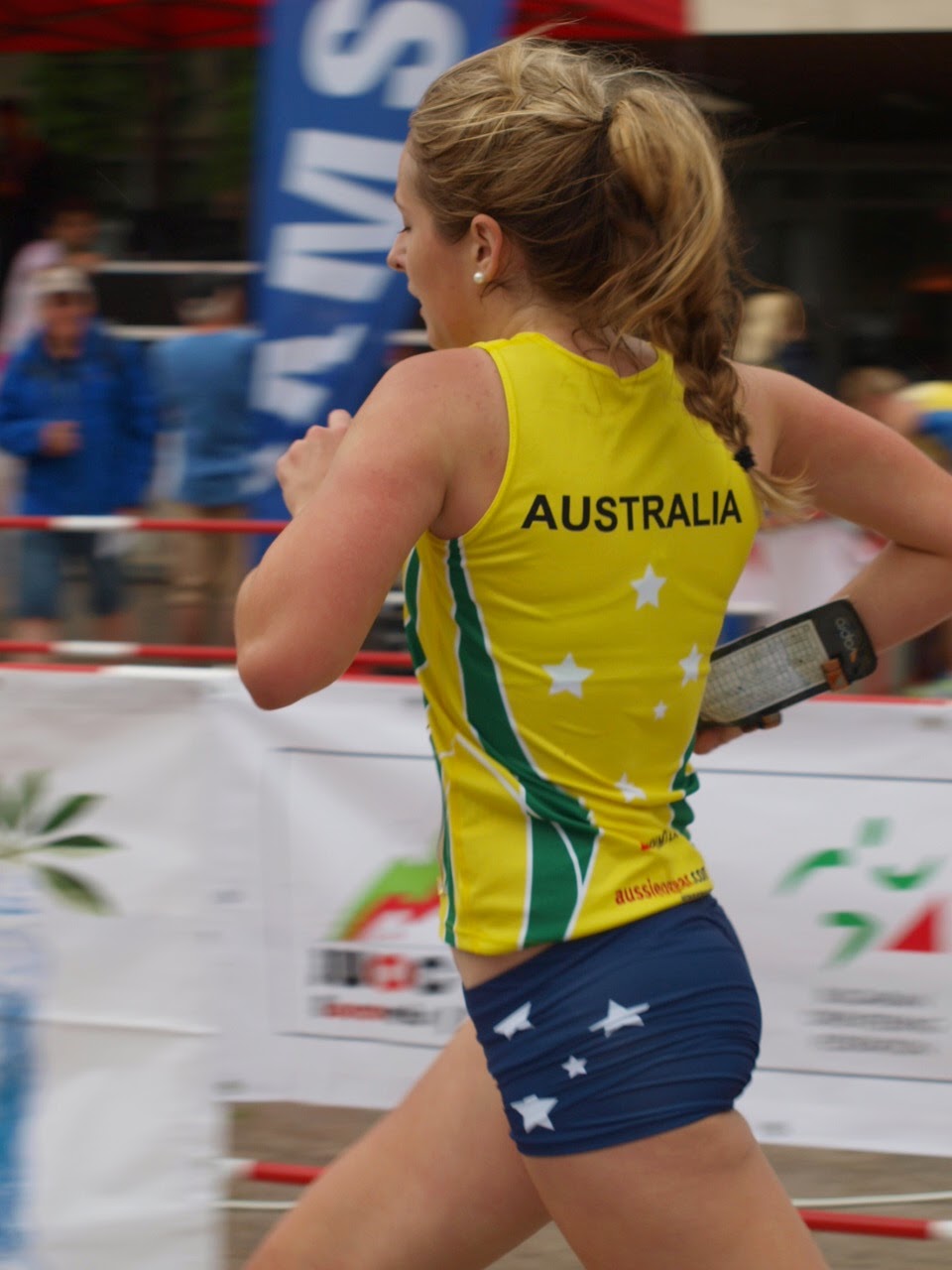 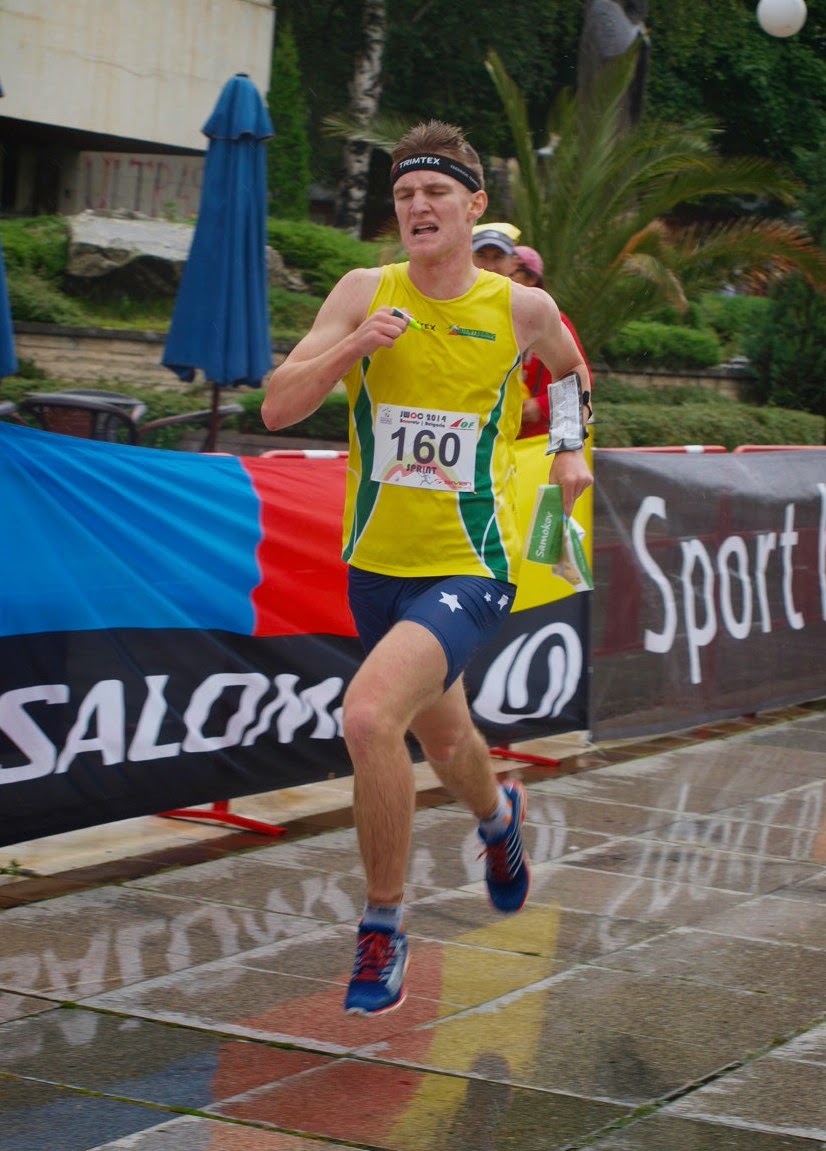 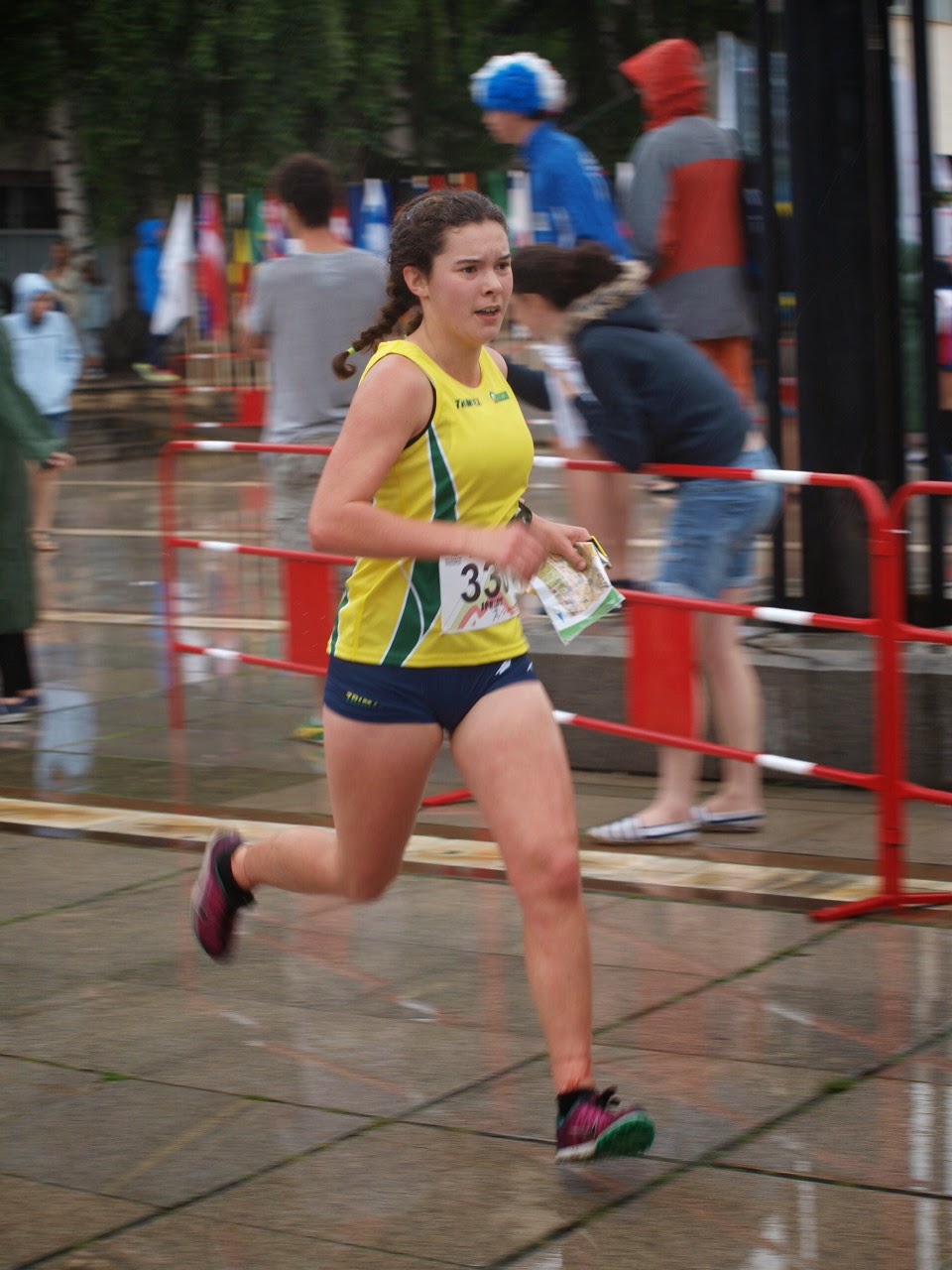 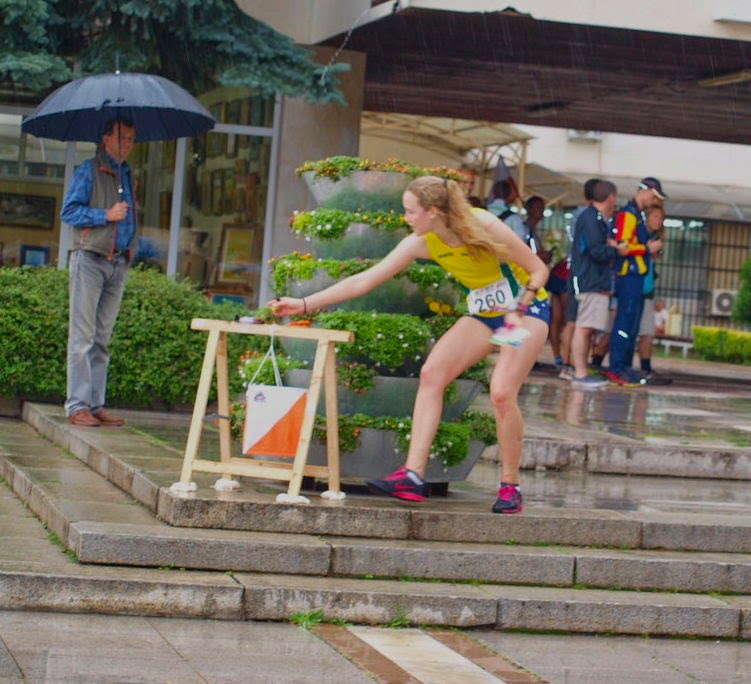 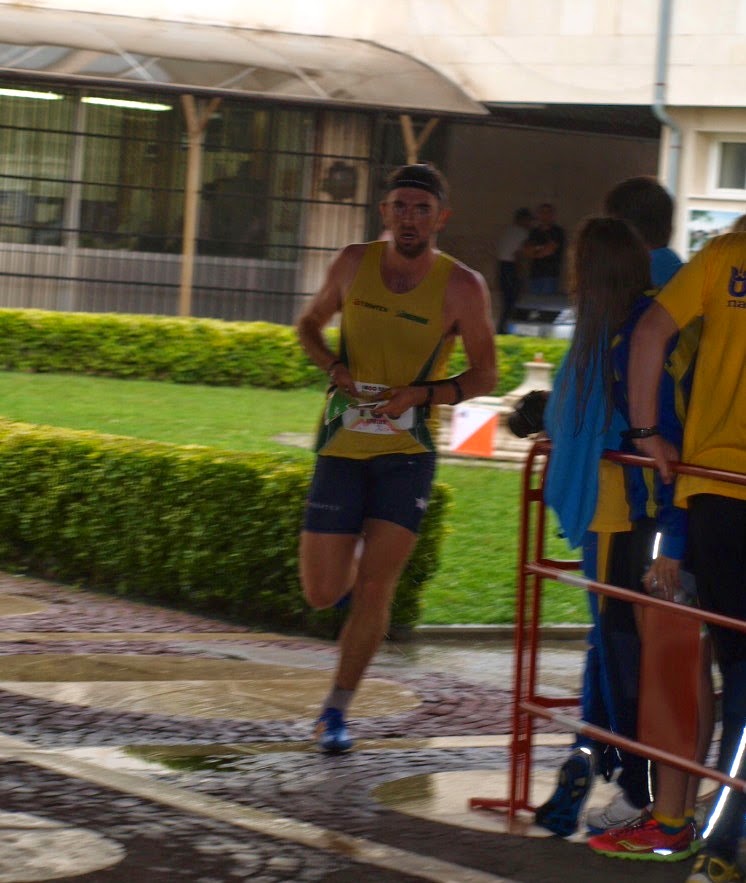 The Long Distance event terrain was moderately hilly pine forest. With an unseasonable amount of summer growth from recent rains the forest was lush, green and the grass in the open areas very long resulting in slow running and indistinct tracks and paths. Consequently winning times were much slower than anticipated. The fastest women's time was 13 mins slower than the expected 55 mins, and the men's was 5 mins slower than the 70 min expected winning time. Our late starters had the best runs and in particular our boys once again proved they can master anything that is thrown at them. To finish the day with two boys once again in the top 20 in such a quality field far exceeded expectations. Brodie came through the spectator control to a lot of cheering, not realising he was on a very good run. He finished off with a sprint up the finish chute, and the commentator sounded very shocked as he said words to the effect  .... "and it's Brodie Nankervis from Australia .... on a, yes it's a very good time which will put him in... it puts him in the top ten. That's a very good run from Brodie from Australia".
We still had Oscar in the forest. As he passed through the coaching zone he signalled for a new compass, and he looked very focused and determined. When Oscar finished he had no idea he had run so well. It was obvious that he had just pushed as hard as he could in such difficult terrain and pure guts put him ahead of many in the field. Oscar finished in 19th and Brodie in 13th.
The best of our females was our last starter Michele. To finish in 58th in such a gruesome event is most creditable. As she came through the spectator run through with a bit of an up-and-under it was obvious she was hurting. 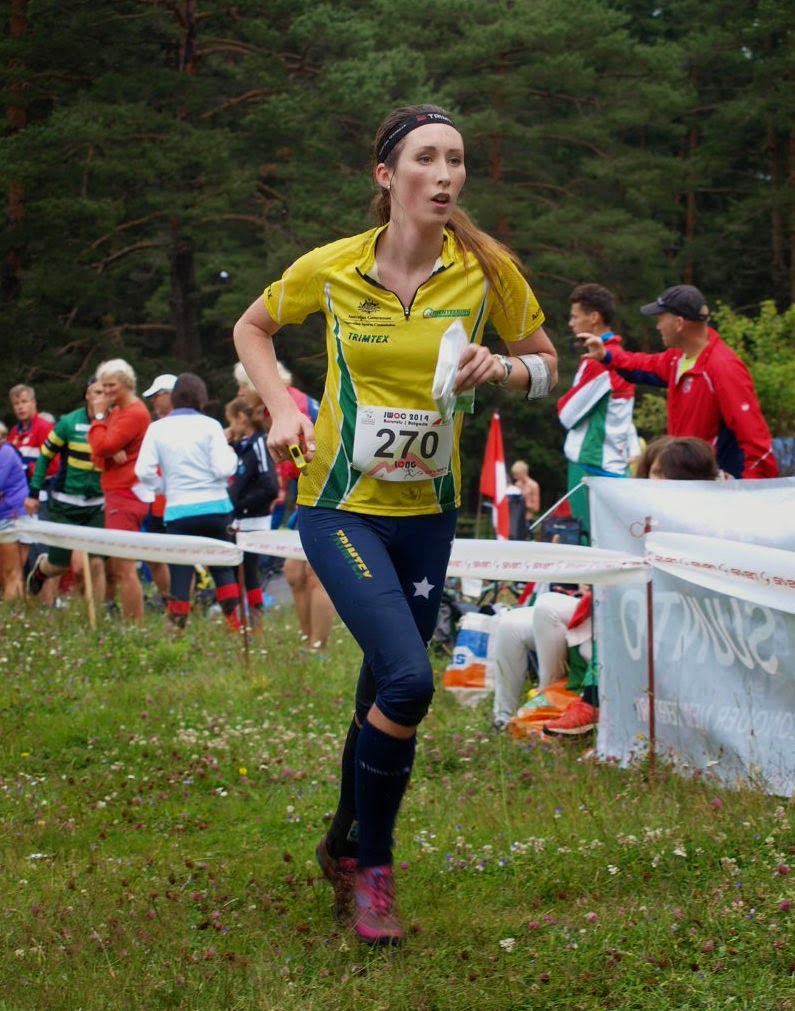 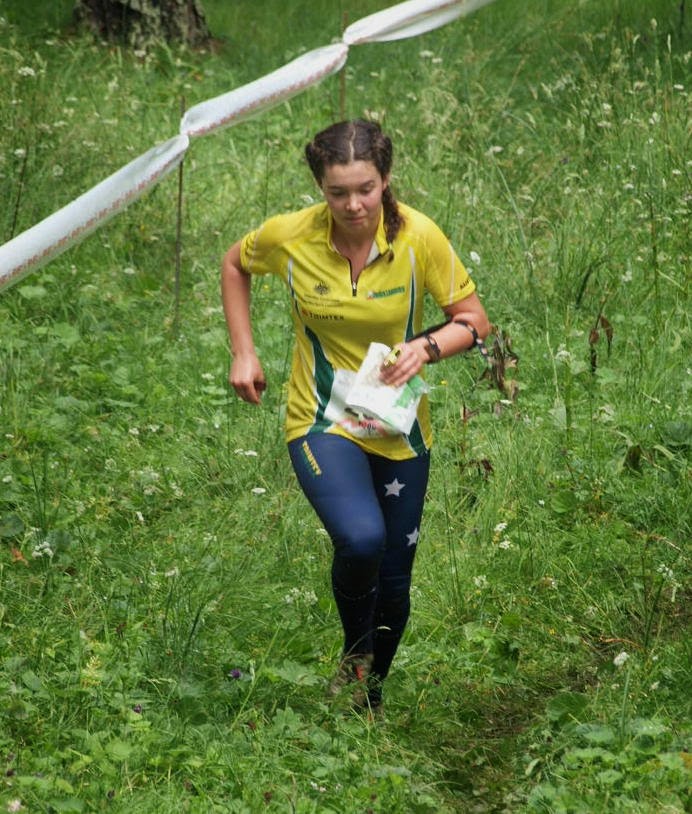 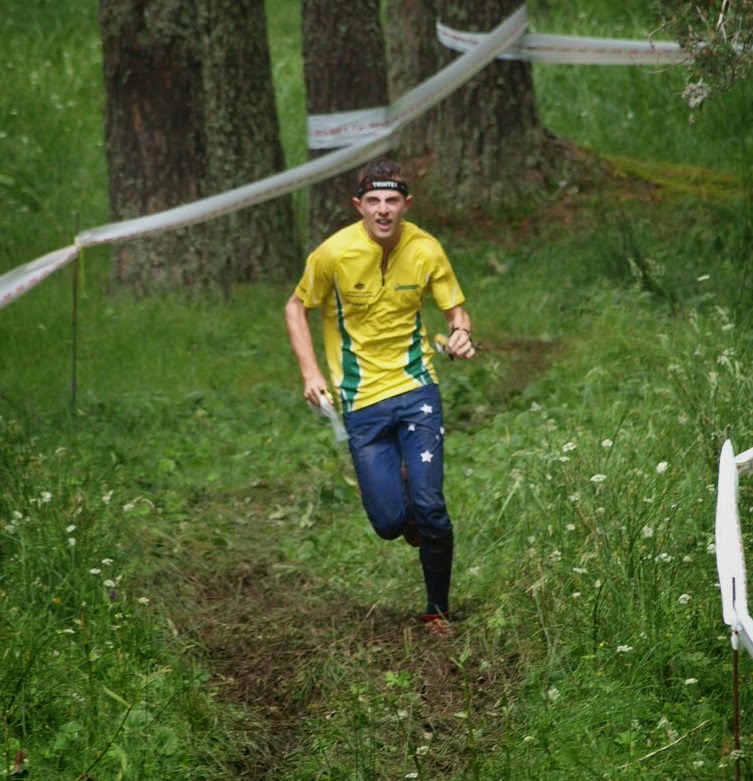 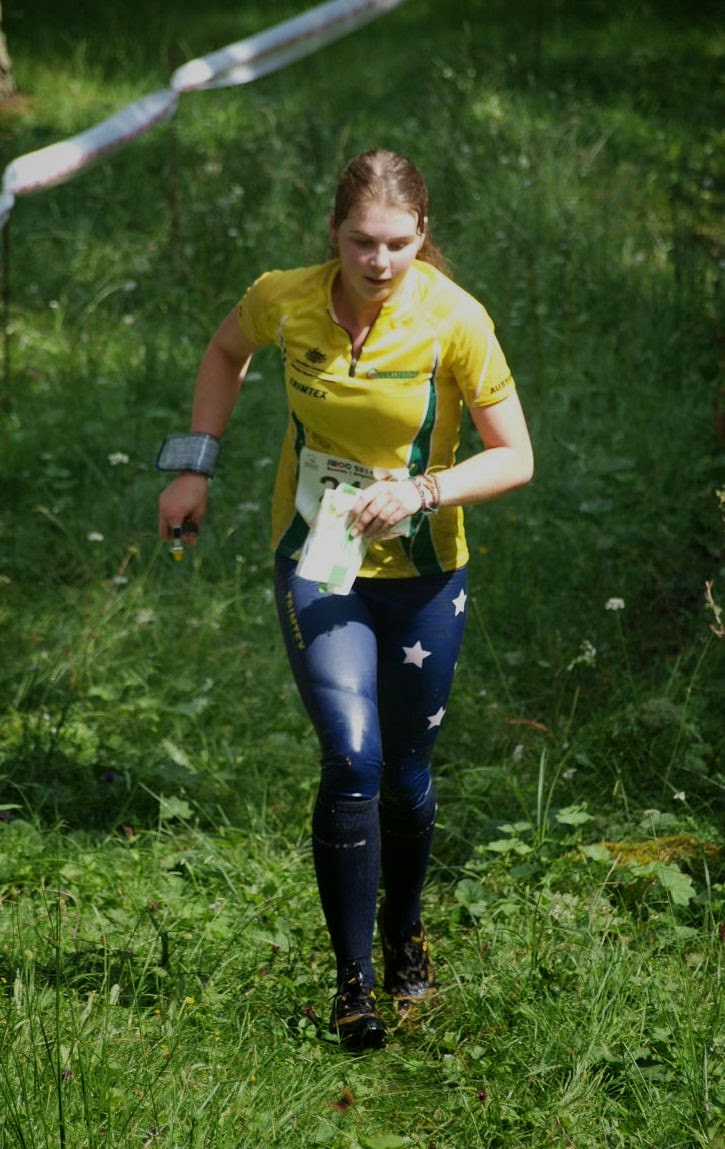 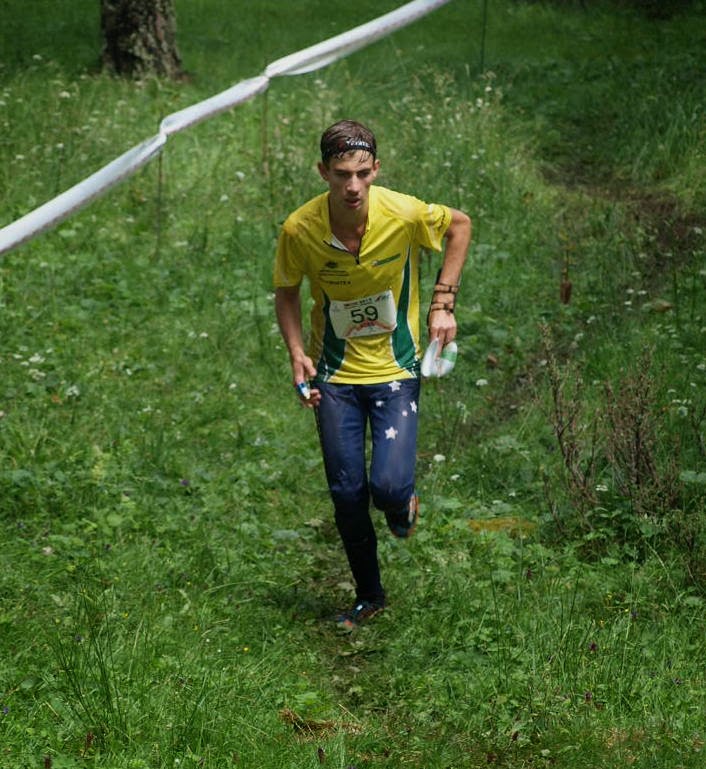 The long distance event really was very difficult this year - physically and technically very demanding and different to any terrain experienced back home. For Henry in his first JWOC to come away with a top 50 performance is inspirational and to look at the gutsy performances of Matt, Olle, Ashley, Anna, Lanita, Nicola, Asha and Olivia who toughed out the conditions is a credit to themselves. Hanny and I were extremely proud.

Following the long distance was our rest day and while all athletes did find tine to enjoy some wifi, the pool, a movie or just a chat, they also had a run on the middle model map and had an enjoyable afternoon tea with our Aussie and NZ supporters at our hotel. It was very worthwhile to visit the model map and refocus on the middle distance event, the change of scale and change of terrain.

All athletes have been managing themselves really well. They've been exceptional at meeting deadlines, following instructions and they really are a great group to be around. I'll update you on the Middle Qual following the Final tomorrow but it is very exciting to see the enthusiasm and camaraderie amongst the athletes. They are very supportive of each other, very determined and just feeding of each other's success and enthusiasm.
Junior Orienteering in Australia has been making it's mark on the National Scene this year at JWOC and I'm certainly doing my best at networking whilst here  :) 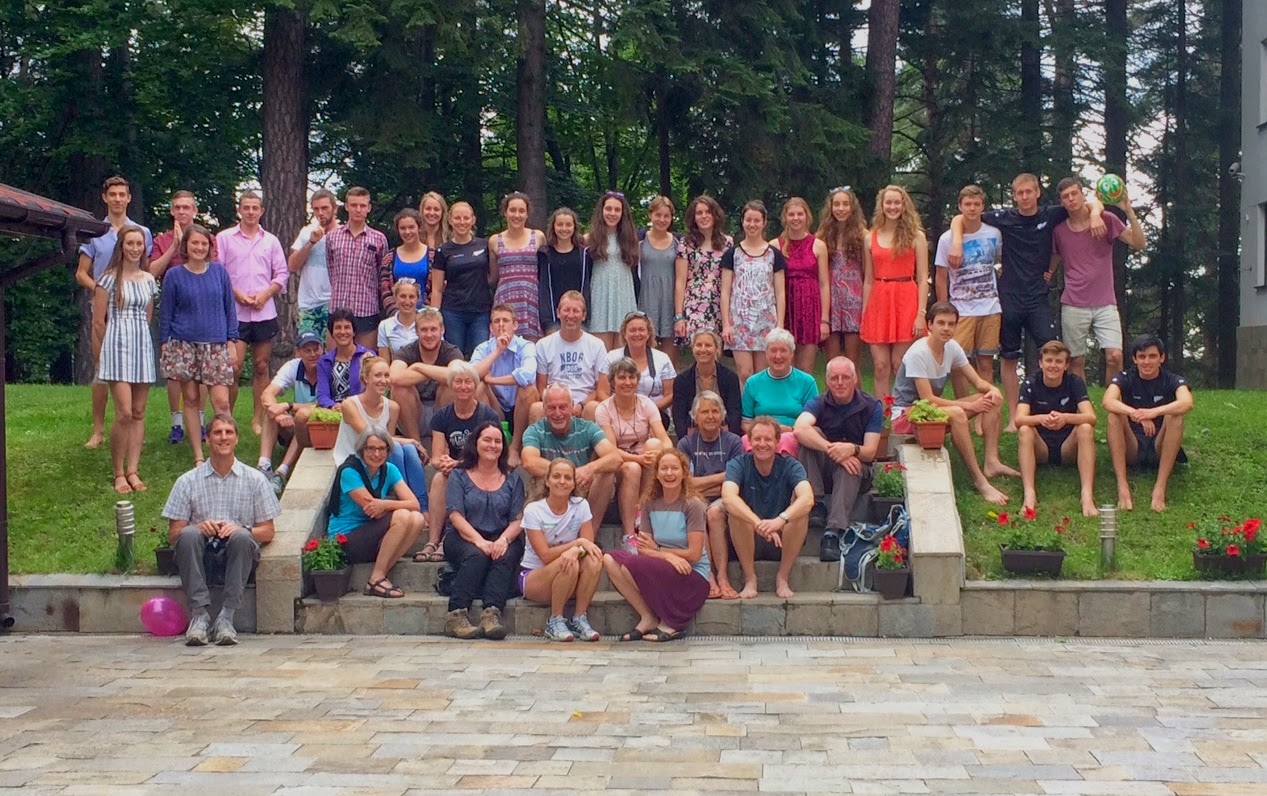