This post is going straight to the pool room

Sorry for the lack of recent posts but don’t stress, it’s not that we’ve been slacking off. In fact there’s been a number of reasons for our lack of internet activity; notably having to watch ‘The Castle’ twice for motivational purposes; browsing dank memes and the fact that we feel we’re not really able to keep up with the standard of blog posting that’s been supplied to us by our buddy Jan (don’t worry, if you think you were confused by the repeated references to him in our profiles, he was even more mystified). Despite all of this, we’ve reached the point where we’ve done more running wild’s than Bear Grylls on a ten day bender so we figure we’d set aside a bit of time to keep you fans back home up to date.

There’s been a lot of good stuff that’s come out of our training week. The team atmosphere is fizzling with more fizzle then an electrolyte tablet in Swiss mineral water and it’s clear that we’re tighter as a group than Ralph Street’s favourite pair of Under Armour shorts. We’re not sure exactly what’s been the biggest contributing factor to this, it could possibly be Ralph’s clapping ritual that we do before each training, the lack of wifi in our previous accommodation forcing us to huddle together in the corridor or even Jules’ classic stitch up in making us do a homework research task on Swiss culture. Either way, we can safely assure you that our team culture is absolutely lit right now, words cannot even start to describe the mad bants at dinner every night.
In terms of the orienteering training, that’s been pretty flawless as well. Although it's been a reasonably light week, we’ve still managed to fit in quite a few quality sessions out in the terrain. The forests along the Engadin valley have been surprisingly varied, a mix of super technical contour detail and blander slopes, low vis pine that releases toxic gas more lethal than Simeon’s ‘presents’ in our toilet and rapid fast sections almost as attractive as some of the local volleyball players, tricky old town sprints and residential areas with scope for more interesting route choices. The only consistency between all the maps we’ve been on has been the fact that the gradients range from steep to vertical. Luckily, Jules has provided us with some master classes on the 'Swiss walk' and this combined with the rock climbing I did on Year 8 camp his really set me up to cope with this challenge. We’d all agree that this terrain does provide a lot of challenges, however thanks to the coaching we’ve received during the training camp, we’re pretty well prepared to face these tests during the race week.
We’ve been kept well entertained through the team playlist and although the general consensus is that it’s a good collection of bangerz, some of the more outspoken team members (not going to name names but his name rhymes with Fat Boyle and is Matt Doyle) have expressed their thoughts that a few tunes are a bit “how ya goin” which has led to the rule that we’re each allowed one veto per cycle through the playlist. Definitely the main crowd favourites in the mixtape are Ralph’s europop selections although I’m not sure the Yanks shared our enthusiasm for his pick ‘Russian Roulette’ as we did slow laps of the supermarket car park blaring it over our speakers in a reasonably successful attempt to intimidate them.

We’ve become well acquainted with the locals, whether that be shyly waving to Simone Niggli while walking down the main street of Scuol (except for Simeon ‘International-orienteering-is-boring-to watch’ Burrill who didn’t recognise her), smiling at the old bloke who we’re still yet to see move from his bench on a side street of Sent or our very impressive demonstration of guys being dudes at the town beach volleyball court. We’ve also had some good times absolutely wrecking some six year-olds who thought they were top stuff down at the town Fuβball stadium. Overall, we’ve definitely made a firm positive impression on the locals though, our ‘photography’ session the other day provided quite the spectacle for passers-by and I think we’d all like to hope that the constant stream of ‘The Castle’ quotes that come out of our mouths would have had some impact on the people we’ve met.
It hasn’t all been good news though. They’ve been a few struggles along the way too. Up until yesterday we had to put up with that thing that was on Matt’s face but thanks to a bit of not so gentle peer pressure, he finally made the call to shave down to race weight. Another low light was on Thursday when we woke up, looked out our penthouse window and noticed that there was a little bit of haze meaning that the view wasn’t quite as amazing as usual. Of course, there was further disappointment when we arrived at our new accommodation last night and had to put up with a slightly extended wait in between the third and fourth course at dinner. To be honest, I’m not really sure how we do it but I guess it’s all just part of being a world class elite athlete.

So anyway, gotta head off now, we’ve got a big race tomorrow and we might just be able to fit in two more screenings of The Castle before the opening ceremony. 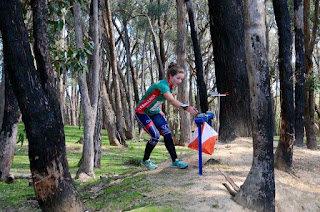 Nickname:   Heartbreaker
JWOC class:   Virgin
Favourite Distance:   Middle
Danish, Finnish, Swedish or Norwegian:    Swedish
Would you rather have red eyes or pointy teeth:    Pointy teeth because I don’t want to look like a cooker
Favourite thing about Nick Dent:    Calves
Favourite Swiss Army Knife Attachment:    Multi-coloured pen
Mediocre Fact:    I live in a single story house
If you could share a fondue with any orienteer, who would it be:   Anna Dowling  Favourite orienteering experience:   Spontaneous toga party at schools ‘15 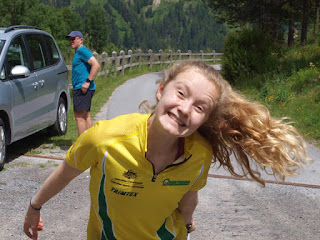 Year born:   1999
Nickname:   Tartare Sauce
JWOC class:   Fresher
Favourite Distance:   Sprint
Danish, Finnish, Swedish or Norwegian:    Swedish
Quote:   "One day I'll wake up and I'll be obese"
Favourite thing about Nick Dent:    Calves
Mediocre Fact:    I play the trumpet
If you could share a fondue with any orienteer, who would it be:   My sports Idol Asha Steer  Favourite orienteering experience:   When I first beat my sports idol Asha Steer 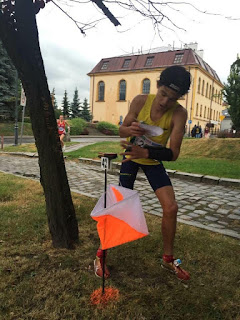 Name:   Aston Key
Year born:   2004
Nickname:   2016 Unofficial M16 Youth Orienteering Sprint Champion
JWOC class:   Rookie
Favourite Distance:   Middle
Danish, Finnish, Swedish or Norwegian:    Finnish
Would you rather keep everything you ever get (including rubbish) or have one random item of yours taken away every week:   Keep everything, I don't want to lose my Str8
Favourite thing about Nick Dent:    Calves
Favourite Swiss Army Knife Attachment:    I don't need one, my Str8 compass does everything I need, btw you can purchase one.
Mediocre Fact:    I play cricket
If you could share a fondue with any orienteer, who would it be:   Jan Erik Naess 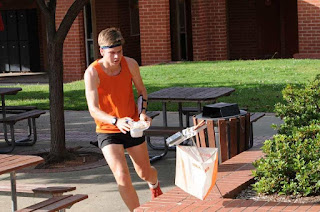 Name:   Simeon Burrill
Year born:   1998
Nickname:   Daddy's Boy
JWOC class:   Backstreet Boy
Favourite Distance:   Long
Danish, Finnish, Swedish or Norwegian:    Norwegian
Would you rather eat a glue stick or a drink a bottle of whiteout:  Glue stick, nicer texture
Favourite thing about Nick Dent:    Calves
Mediocre Fact:     My middle name is John
If you could share a fondue with any orienteer, who would it be:   Jan Erik Naess
Favourite orienteering memory:   Showers with Ash 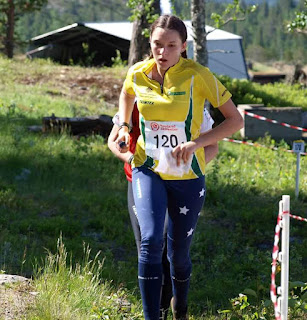 Name:   Winnie Oakhill
Year born:   1998
Nickname:   Shezza
JWOC class:   Boomerang
Favourite Distance:   Long
Danish, Finnish, Swedish or Norwegian:    Danish
Quote:  "Either you run the day or the day runs you"
Favourite thing about Nick Dent:    Calves
Favourite Swiss Army Knife Attachment:    Corkscrew
Mediocre Fact:    My shoes are 7 1/2
If you could share a fondue with any orienteer, who would it be:   Heino Bubble But
Favourite orienteering experience:   That time the crazy lady chased us 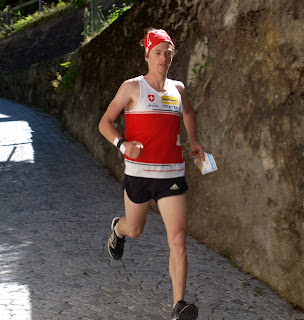 Name:   Jarrah Day
Year born:   1997
Nickname:   Jamah
JWOC class:   Comeback Kid
Favourite Distance:   3000m
Danish, Finnish, Swedish or Norwegian:    Finnish (it was a good month)
Would you rather be in solitary confinement for forty eight hours or not be able to leave your house for 24 days:  Solitary confinement, you can't have 24 rest days in a row
Favourite thing about Nick Dent:    Calves
Mediocre Fact:    My toothbrush is blue
If you could share a fondue with any orienteer, who would it be:   Jemery Day - Wrong, correct answer is Jan Erik Naess
Favourite orienteering experience:   Schools disco with Oisin 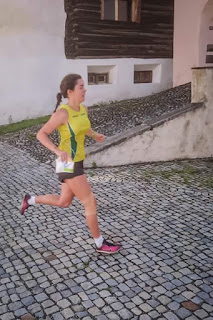 Name:   Asha Steer
Year born:   1998
Nickname:   Boylord
JWOC class:   Returned from hiatus
Favourite Distance:   372m
Danish, Finnish, Swedish or Norwegian:    Norwegian
Would you rather drink 5 beers before you race or not eat for 48 hours beforehand:   5 beers
Favourite thing about Nick Dent:    Calves
Mediocre Fact:    I thought the Hunger Games series was OK
If you could share a fondue with any orienteer, who would it be:   With my number one fan, Tara Melhuish
Favourite orienteering experience:   The bubbles 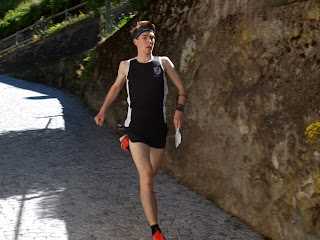 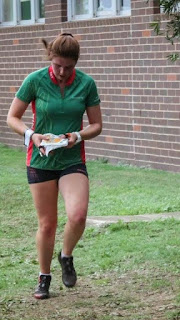 Name:   Anna Dowling
Year born:   1996
Nickname:   Vegemite
JWOC class:   Three's a crowd
Favourite Distance:   Middle
Danish, Finnish, Swedish or Norwegian:    Danish
Quote:  "There's no hole in the sun over here"
Favourite thing about Nick Dent:    Calves
Favourite Swiss Army Knife Attachment:    Bottle o[ener
Mediocre Fact:    I'm right handed
If you could share a fondue with any orienteer, who would it be:   Matthias Kyburz
Favourite orienteering experience:   Whenever I drew my route on my map back in the day when I used to be shadowed I used to draw squiggles to make it look more interesting. 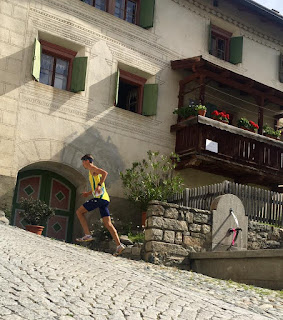 Name:   Henry McNulty
Year born:   1996
Nickname:   Henry Janfan McKutty
JWOC class:   Three strikes and out
Favourite Distance:   Relay
Danish, Finnish, Swedish or Norwegian:    Girls only distract me from my studies
Would you rather jump in a glacial lake right before you start or run through stinging nettles in spring shorts halfway through the course:  Nettles, once you're in there it's actually quite nice
Favourite thing about Nick Dent:    Calves
Favourite Swiss Army Knife Attachment:    Nail file
Mediocre Fact:    My favourite t-shirt is white
If you could share a fondue with any orienteer, who would it be:   Jan Erik Naess
Favourite orienteering experience:  Long night at Tiomila 2015 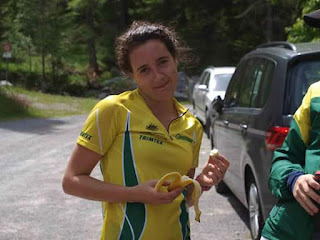 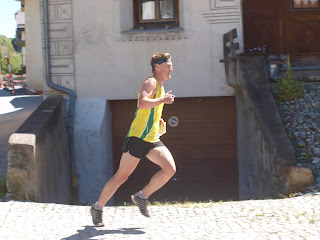 Year born:   1998
Nickname:   Doyley / Mr Shadow / MCK
JWOC class:   Closing Down sale
Favourite Distance:   Relay
Danish, Finnish, Swedish or Norwegian:    Danish, but all are good selections
Quote:  "He's an ideas man / Suffer in your jocks / Tell him he's dreaming / Straight to the poolroom / How's the serenity? / We're goint to Bonnie Doon / Bad luck ... ya dickhead"
Favourite thing about Nick Dent:    Calves
Favourite Swiss Army Knife Attachment:    Mirror to check my hair
Mediocre Fact:    I go for Adelaide
If you could share a fondue with any orienteer, who would it be:   What's that Canadian guy's name? Is it John? Eric ? ... Jan Erik Naess that's the one!  #janfan
Favourite orienteering experience:   All the friends I've made at home and abroad 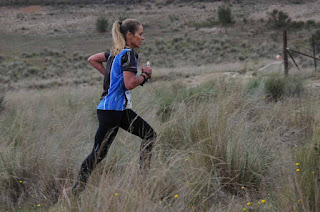 Name:   Karen Blatchford
Year born:   1987
Nickname:   Kazza "The Weapon" Blatchford
JWOC class:   Threepeat
Favourite Distance:   Middle
Danish, Finnish, Swedish or Norwegian:    Not fussy
Quote:  "I don't care what anyone things, I like Guy Sebastian"
Favourite thing about Nick Dent:    Calves
Favourite Swiss Army Knife Attachment:    Nail scissors
Mediocre Fact:    I have one child
If you could share a fondue with any orienteer, who would it be:   Jules
Favourite orienteering experience:   Watching Nicola Josh run at JWOC 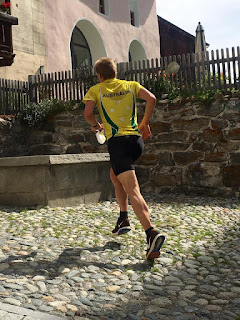 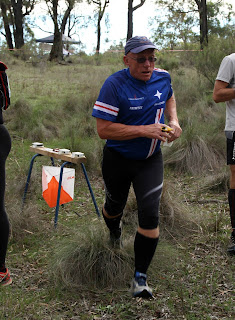 Name:   Nick Dent
Year born:   18_ _  (You can guess the rest)
Nickname:   Thundercalves / Terrible torso / Papa Nicko
JWOC class:   Prisoner of war
Favourite Distance:   Middle
Danish, Finnish, Swedish or Norwegian:    Finnish
Would you rather be so sunburnt you can't move or be so cold you can't move:  Cold because my body would be preserved and so I could be resurrected
Favourite thing about Nick Dent:    MyCalves
Favourite Swiss Army Knife Attachment:    Mascara stick
Mediocre Fact:    I used to have hair
If you could share a fondue with any orienteer, who would it be:   Minna Kauppi
Favourite orienteering experience:   Watching the JWOC long distance in Dubbo 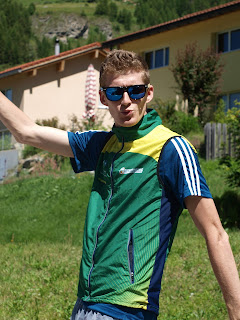