Hello again to all our fans back home and abroad! Welcome back to another year of blog posts from your favourite Aussie JWOC team! About half the team is now here in Hungary, so here are some updates on what has been happening recently:

Tara’s travels:
I have now been training and travelling in many countries around Europe for close to three months. I started in Halden, Norway, training with the Halden Skiklubb which was an amazing insight to the awesome terrain of Norway and how Scandinavians train. I competed in Tiomila (in Sweden) and Venla/Jukola (in Finalnd) for Halden SK (feat. Eating breakfast with Elena Roos :O), with a sneaky trip to Switzerland/ Italy in between to visit Lukas Frei, do more orienteering training and see some incredible mountains! It’s all been such an amazing experience and allowed me to learn heaps by running in so many different terrains and making heaps on new friends along the way! After a short stop in Vienna for more running, orienteering, sight seeing and visiting friends, I have arrived in Hungary along with Asha, Zoe, Caroline and Joe, as well as Katie and Lara from NZ 😊

Some of the Aussie team coming together:
We met in Budapest on Friday night before running the Hungarian middle and relay champs on Saturday and Sunday. The terrain was super fun and a lot more relevant than we expected it to be. It was a mix of light green forested areas and open with lots of small thickets, plus some smaller areas rock detail – this vegetation is quite similar to what we are expecting for the JWOC forest races. However, the terrain for these races was steeper with larger contour features while JWOC will be a lot flatter with very small (2m), sand dune-like contour features.
We had two races on Saturday for the middle champs; a qualification and a final. It was quite a long day as we didn’t start the final until around 5:30pm after leaving home for the qualifier at 8am. We all learned new things from the terrain and had lots of fun. Excitingly, Asha placed second and won some surprisingly yummy electrolytes (despite the colour being similar to beer vomit). The relay also had a great atmosphere and us gals came 2nd in W20 and actually won the first prize (lel) which was 3 massage bars - a lot more useful and lighter than the massive medals which the Hungarian place getters received. 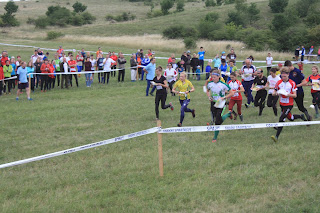 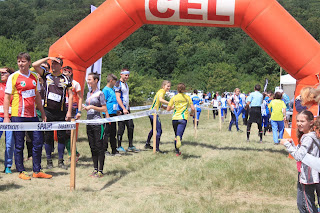 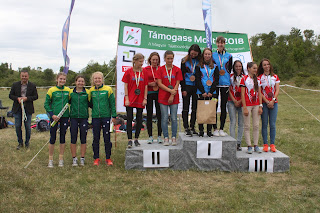 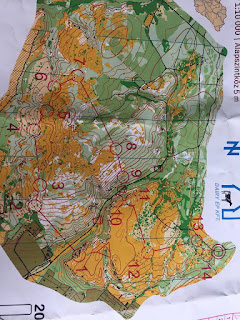 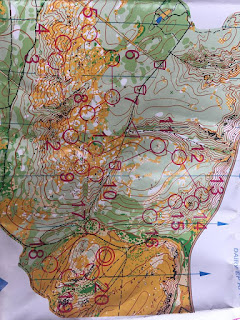 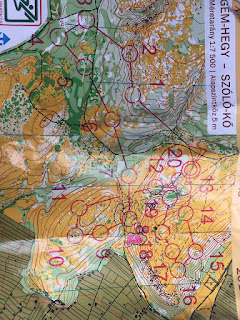 Overall we're really glad we made the effort to get to these events, even if it was tricky to find any information about the competitions. Everyone was really lovely and friendly, we were interviewed a few times and lots of announcements were made in English just for us. Heaps of Hungarian people came up to us for a chat and we made lots of friends who will be at JWOC, both in the organising team as well as some juniors who will be racing! One man even wanted a cheeky photo with us, we still don’t know his name or who he really is haha.

Heres a link to a really cool video put together by Gábor (mentioned later) from the weekend of racing, Tara and Caroline both feature :))  https://youtu.be/ps4Ab7LXKHw

Sunday night we went up Gellert Hill and watched the sunset and all the night lights come on over Budapest which was amazing. 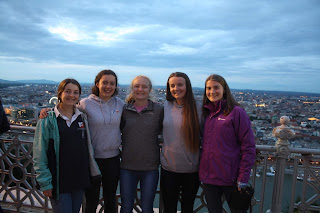 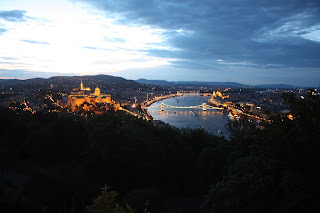 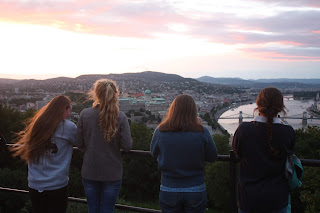 After having a quick look around the central market hall and filling ourselves with $1 punnets of raspberries on Monday morning we drove down to our next accommodation in a village called Tabdi, near Kecskemet. It is quite a small town, so much so that our new friend Gábor (who was working the camera/ drone for the Hungarian champs and will do the same at JWOC) didn’t know it existed. Despite this, our house is beautiful, the serenity is pearler and it means that we definitely get good value for money on the house we have rented – stay tuned to our Facebook page for a house tour soon.  Some of us did a relaxed map walk/jog on a map called Bocsa (relevant for the middle), which Asha says was “surprisingly doable” but also a bit vague and challenging to stay in contact while running fast in some areas.
Today we are really keen to get out and do some long distance training, the weather looks absolutely mint and we are all feeling a lot more refreshed after an easier day yesterday.
Stay tuned for more updates on our training and activities later in the week, and we will be sure to get our team profiles up once the whole team is together on our official training camp!

I really like to give big thanks for creating such a wonderful article. I have read this article. Everyone should read. Thanks for sharing.
games